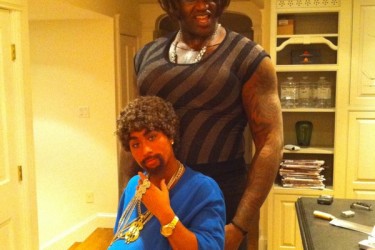 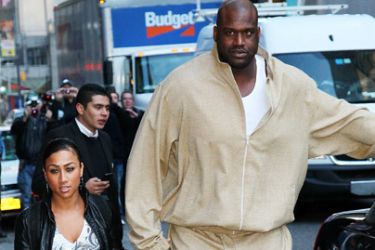 UPDATE: 11-15-2011: Rumors are floating around that Shaq and Hoopz got eloped this past weekend… without a prenup. Which is insane, but knowing Shaq, we wouldn’t doubt it. We’ll keep you updated as more news hits.

05-22-2011: Apparently a new nickname for Shaq could be The Big Snore. Or, The Big Sleep Apnea. Thanks to constant prodding by Hoopz, who must dislike being woken up by Shaq’s nighttime “diesel engine” (see what I did there?), Shaq underwent some tests as part of a sleep apnea study put on by Harvard University. You can see the video here.

Well, we somehow missed this one for eight months. Shaquille O’Neal’s girlfriend Nikki ‘Hoopz’ Alexander has apparently gone from girlfriend, to possibly fiancee, to ex girlfriend and back to girlfriend again – and we’re only picking up on this now. Shaq purportedly popped the question in September, 2010 with a $500K ring… Yes, a $500,000 ring.
Rumors started swirling in December, 2010 that the two were broken up, but most recent reports have them back together. Boston.com reported that Shaq and Hoopz were together on New Years at Strega Waterfront and they were most recently spotted holding hands while walking into Shaq’s most recent January, 2011 appearance on the David Letterman show.
Despite the fact that we missed this boat by eight months, I feel pretty confident saying that they’re still together. Do I feel confident that this will be the case in another eight months? I’m gonna go with no.

So who is Hoopz and why should we know her? Hoopz won Flavor of Love. Yes. Shaq, a 4 time world champion, has Flava Flav’s sloppy. I am honestly in total disbelief to have anything funnier to write.

Oh, Hoopz also stars in what some consider the best celebrity sex tape of all time. I would strongly disagree with this because she was a contestant on the saddest friggin reality TV show of all time, and is nowhere near a celebrity. 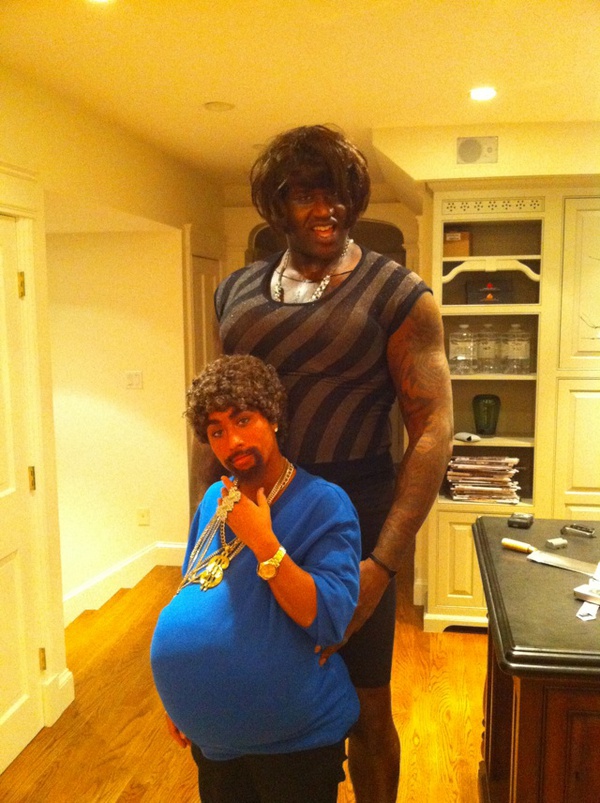