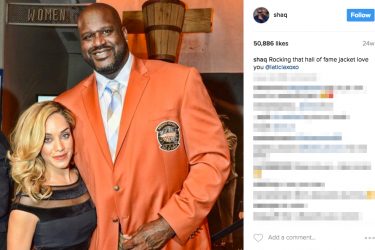 Shaq’s girlfriend Laticia Rolle accompanied him to the White House back in 2016. They chilled out with the President and the president’s daughter at the annual Easter egg roll. It’s just a thing where they rolls eggs down a hill and has been done every year at the White House since Rutherford B. Hayes was president back in the late 1870’s.

Laticia is a fairly well-known and established model. If you look her up on Google you’ll find a whole host of copyrighted photos of her doing her thing and being beautiful. Shaq has been with her for a couple years. The NY Daily News has reported that they’ve been together since 2014, so we can go with that. As you probably all know, Shaq split with his wife Shaunie in 2011. They were together for an extremely long time by NBA superstar standards. Shaq’s girlfriend Laticia Rolle will likely be his wife very soon too. Shaq proposed to her on Instagram.  We will acknowledge that almost all pics of Laticia are down from Shaq’s Instagram page.  But rather than waive the panic flag, we noted that Laticia was modeling for pictures in a Shaq hoodie in February 2017.

Based on what I’ve seen, Laticia is a really cool chick. She has a lifestyle blog seems enjoyable that she and her sister maintain. Laticia seems to have great energy and be an all-around fun person. But hell, she would have to be to keep up with the Shaqster. Shaq’s girlfriend Laticia is basically a regular on the scene of any big charity events or sporting events that Shaq goes to. I’m just curious if his wedding engagement was real or just a branding strategy thing.  Not to mention that her actual lifestyle is now very lavish. Laticia was most recently vacationing at a lush beach resort on the coast of the Dominican Republic, and she shared a picture of some mammoth yachts on the water. 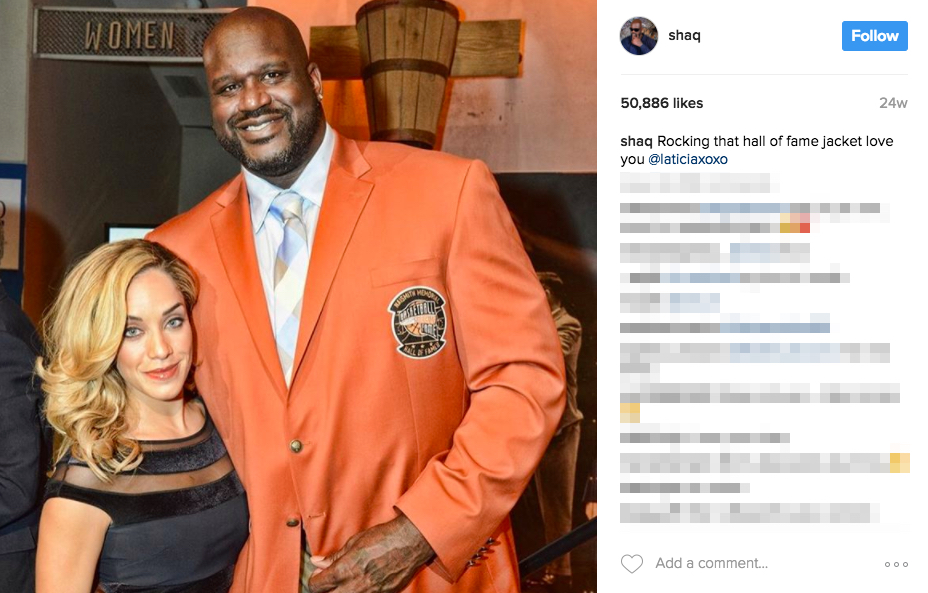