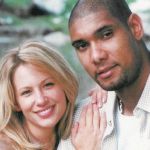 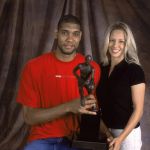 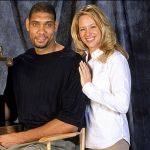 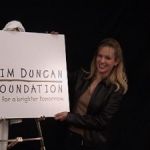 UPDATE: 05/24/2013: Rumors have started to swirl out of Texas that Tim Duncan’s wife Amy Duncan may soon be Tim Duncan’s ex wife.

According to the San Antonio Express News, a divorce case was filed in San Antonio courts using the married parties initials only. The article continues that the case has “all the hallmarks of being that of Spurs star Tim Duncan and his wife, Amy. The case is playing out in Bexar County District Court. Court papers filed last week include a request that legal discovery in the case be postponed until after the Spurs’ last playoff game.”

We’ll keep you posted as this one unfolds.

If you’re debating the all time greatest big men of all time, is Tim Duncan the first guy forgotten? I mean seriously, he’s put up 16 seasons of ridiculous basketball, but I always feel like he’s left out of the topic.

Fortunately for Duncan, he doesn’t appear to care a whole lot about that conversation. Duncan, who’s sworn to never join Twitter since, he “has no interest in telling you what he’s doing,” is doing fine with a quiet life off the court. Tim Duncan’s wife Amy Duncan is a major part of quiet home life. The couple met while attending Wake Forest together, where Tim was ramping up to be the #1 pick in the draft (and break Celtics fans’ hearts), and Amy was a cheerleader. They married in 2001 and have two children together – a daughter born in 2005, and a son born in 2007. 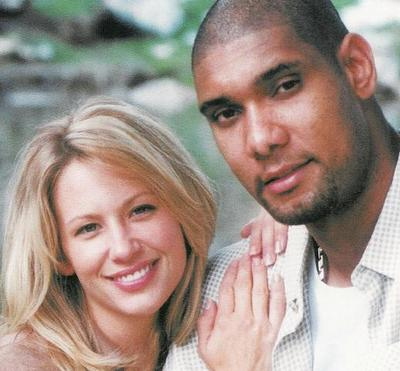