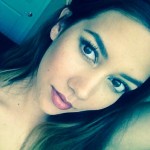 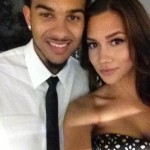 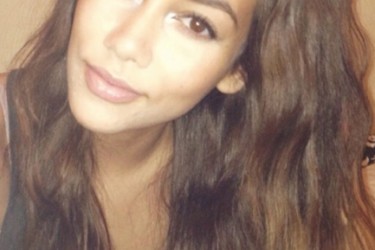 Well look at this: two Canadian, professional sports-affiliated individuals who managed to slip through the all-devouring jaws of hockey and land in the heartland of The United States. Cory Joseph’s girlfriend Stefanie Gazmin is from Toronto, and Cory is from Pickering, Ontario. They did it, folks. Or more specifically- Cory did it. He managed to become a professional athlete from Canada that doesn’t play hockey. The NBA, no less. Where the hell is Steve Nash to cheers him and talk some of that wacky Canadian talk? Justin Bieber’s not invited to that party, though. As for Stefanie, she’s kind of just along for the ride, though she did just graduate college a few weeks ago so she’s got that accomplished.

These are youngsters. Cory is the old man of the duo at the age of 22. He’s talented; you’ve got to be to hang with the Spurs. He specializes in slashing and mid range pull-ups. He’s a fill-in guy with his pal Patty Mills, the excellent Aboriginal import who we’ve covered previously. San Antonio guards are awesome. Backing up Manu Ginobili and Tony Parker? It’s a great gig because you’re going to be learning from two of the best. That explains, of course, why young Cory is only getting 14 minutes per game in the regular season. $1.1 million a season is sort of the NBA standard for guys in his position. Seems very fair to me.

Cory recently saluted Kevin Durant for his heartfelt speech at the Kia MVP awards. The two are both Texas alumni, though neither spent more than a season playing for the Longhorns. I think as far as Cory’s drafting is concerned, NBA scouts can tell when they see a professional-caliber player who’s putting up decent but not mind-blowing numbers in college. Take Cory’s numbers, for example: 10 PPG, 3.6 APG, and 3.0 RPG. Yet he gets drafted straight after his freshman year at the end of the first round. Granted, it took him two years to rise out of the D-League, but that’s still a little shaky to me as far as pulling the trigger and entering the draft. Compare Durant’s college freshman stats and it gets a little silly: 25 PPG, 11 RPG. A tale of two Longhorns. You’ve got to tip your hat to Cory for fighting his way into the spotlight. 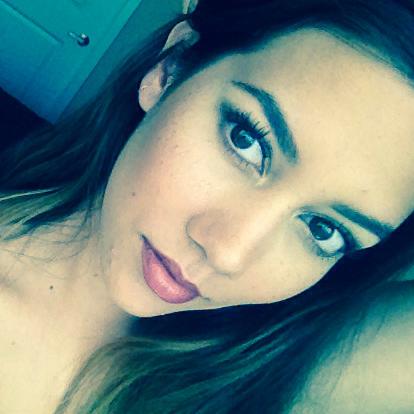