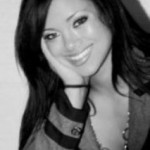 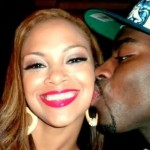 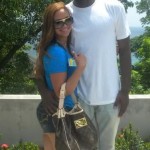 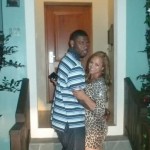 Ladies and gentlemen, we are setting an all time PlayerWives.com record.
With what you ask?
Because we officially know less about Tyreke Evans’ girlfriend Corina than any girl ever featured on this site (in fact, we’re not even sure if her first name is Corina or Cornia).
Pictures of the couple surfaced during the NBA lockout, with the two vacationing in the Caribbean. Some sites suggest they’ve been dating for a “long time,” but who knows what that represents. We think we’ve pinned down a last name, but not strongly enough to print on the site. But seriously, that’s officially all we have.
Unofficially, there are reports that she used to be a member of the Sacramento Kings dance team, and that she now owns her own dance studio which specializes in working with kids on choreographed dance teams. The website for the studio seems to indicate that Corina is the main cog, teaching many classes, while still maintaining the business end of the house as the owner. All of this information is totally unverified as of yet.
So while we definitely know she exists, we don’t know much else. OK, fine, we don’t know anything else. If anyone wants to help fill in some blanks, please, let us know using the contact form above. 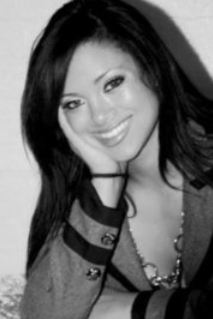