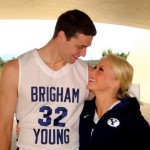 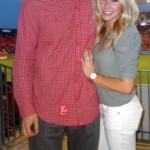 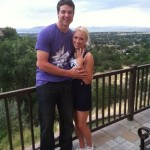 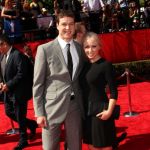 06/02/2012: 9 months of engagement was all it took for Jimmer and Whitney to make their wedding plans. The couple was married Friday, June 1 2012 at the Denver LDS near Jimmer’s hometown of Littleton, CO. Again, Jimmer Came through with the news on Twitter to let us know:

“Wedding Day today! Ready for the best day of my life with @whitwonnacott!”

Whitney is at the tail end of a whirlwind spring. She just graduated from BYU with a degree in broadcast journalism, and also finished an internship at a Salt Lake City television station.
After an up and down rookie campaign, Jimmer’s minutes can only serve to be helped be relieving some tension so to speak. Congratulations to the newly declared Mr. and Mrs. Jimmer Fredette.

08/27/2011: We’ll let Jimmer handle this update.:
@jimmerfredette: I’m officially engaged everyone. She Said yes and she was completely surprised! It was perfect!! #perfectnight

07-14-2011: Jimmer Fredette’s girlfriend Whitney Wonnacott was with him last night at the 2011 ESPY award show. See the pictures of Jimmer Fredette and his girlfriend to the right. Since then we have also confirmed that the two have been together since Jimmer’s sophomore campaign at BYU, when Whitney was a freshman cheerleader. They met at the NCAA tournament in Philadelphia that season which saw an early exit for BYU at the hands of Texas A&M.

Meet BYU cheerleader Whitney Wonnacott who also appears to be the clubhouse leader for the chick most likely to be dating college hoops sensation Jimmer Fredette.
Here’s what we do know. Yahoo! Sports wrote an article about Fredette referencing his girlfriend named Whitney (no last name provided). In researching this post, a University of Utah fan message board provided a list of personal information about BYU players in an effort to get inside their opponents heads. This article mentioned Whitney Wonnacott by name as Jimmer’s possible kryptonite.
So that’s what we got. Whether they are or ever were together is unconfirmed. Her hotness? That is confirmed. 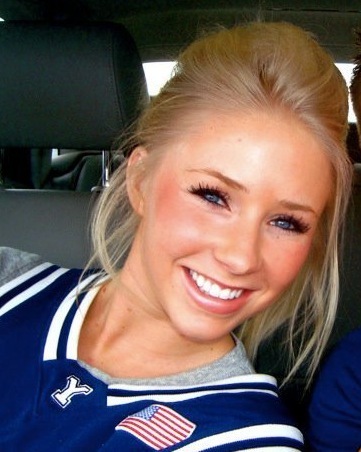