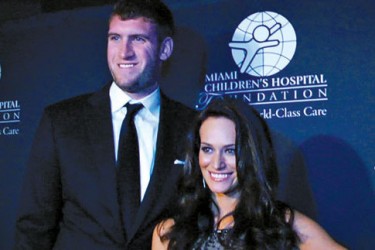 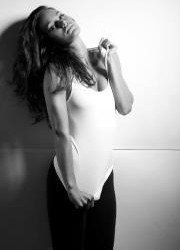 The NBA Playoffs are great for so many reasons; the drama, the upsets, the rise to pressure, and for us here at PlayerWives.com, the increased reports of girlfriend sightings in the stands.
Spencer Hawes is seeing his stock rise after a solid opening round, and now has the bulls-eye on his chest as the man charged with shutting down the hyper-motivated Kevin Garnett in round 2. It should come as no surprise that a man who is seeing his national profile increased also has a beautiful girl waiting in the stands for him.

According to TerezOwens.com, Hawes brought his girlfriend Gina Antoniello to round 1 of the playoffs, where she was seated with his family. The report claims the two have been dating since the summer of 2011 after mutual friends introduced them.

Interestingly enough, it sounds like Hawes may be sleeping with the enemy here. Anotniello is the on-court reporter for the New Jersey Nets hired shortly after she graduated from Wake Forest, and after the 2011 lockout ended. Actually, this isn’t the first time Antoniello entered enemy territory for a boyfriend, as she was rumored to be dating Duke Center Brian Zoubek in 2009. The distance would not seem to be insurmountable, with her living in North Jersey and Hawes near Philadelphia.

Prior to her gig on the Jumbotron at Nets games, Gina was a model. According to her bio, she is a self proclaimed sports freak who lists her dream job as a sports agent. Her biggest turnoff is dishonesty, and her obsession is pickles… yes seriously. 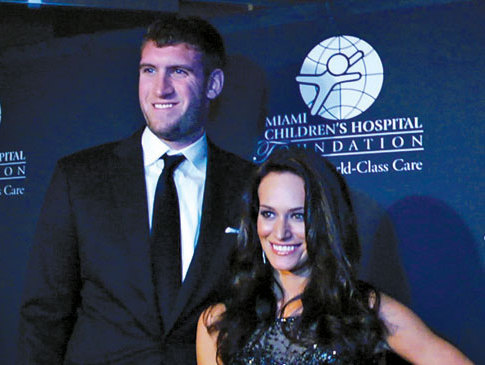