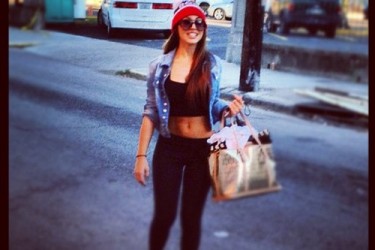 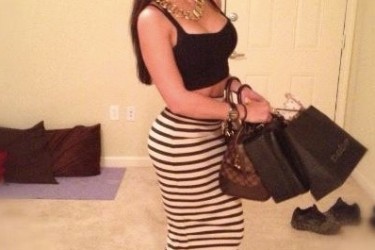 Court documents filed state that Noel has had limited contact with his son, and is relinquishing primary custody to the child’s mother, Jamie. Noels is seeking a “minimal level of child support,” which you know, since a top 10 NBA pick doesn’t really have expendable income to spend on his friggin kid or anything.

Nerlens McMerlins be twirlin’s and unfurlin’s. So the guy’s got a wacky name; just having a bit of fun with it. Where to begins withs youngs Nerlens? Well, Nerlens Noel’s girlfriend Jordan Walsh may or may not still be with him, but there’s other more “dramatic” controversies at hand. I’m talking about some good old fashioned baby mama drama (with a girlfriend before Jordan Walsh entered the picture).

It was reported just yesterday by TMZ that Nerl has stopped child support of $10,000 per month to a woman named Jamie because he wants to make sure his baby is actually his. It started out when a mysterious girl named Jamie claimed her baby sprung forth from The Nerl, and then he signed an affidavit admitting that he was the father of the baby. He then committed pay the amount each month but then stopped, counter-claiming that he didn’t understand what he had signed previously. This is your classic BMD, people. It’s got all the right ingredients: backpeddling, confusion, and frownin’ baby mamas with expensive pacifiers.

Nerlens is known far and wide as Mr. Flat Top, which adds an inch or two to his 6’11” height (7’1″ flat top included). Incidentally, flat tops do not increase powers of logic and common sense. Nerlens had a good year at Kentucky, averaging 10.5 points, 9.5 rebounds, 2 steals and a most impressive 4.4 blocks per game. I suppose NBA scouts revered his athleticism, but I’m going to go out on a limb and say picking him 6th overall was foolhardy. I know, you think I’m crazy, but he hasn’t proven anything yet (aside from he can block and steal the basketball in college), and an ACL tear is extremely serious. No one knows if it’ll hobble him permanently, which does happen. That’s not to say he won’t rehabilitate and be able to get on the court, but it is to say that players can lose a step and play conservatively after ACL rips- permanently. I hope he proves me wrong though. He’s already getting paid $3.1 million which, again, I think is ridiculous, but who cares what I think.

As for this Jordan Walsh chick: she’s a confirmed NFL and NBA mega-groupie, as reported by thedirty.com. Nerlens has been seen and photographed kicking it with her in limousines and couches. I’d say the chances that they’re “boyfriend and girlfriend” or “going steady” in the classical 1950’s wholesome sense are about the same as the chances the Sixers will win a championship next season, but it still helps to know a bit about what’s going on in Nerlens’ World. I’m going to write out a legal document for 10 grand a month, bring it to a Sixers game, and then tell him I want his autograph. 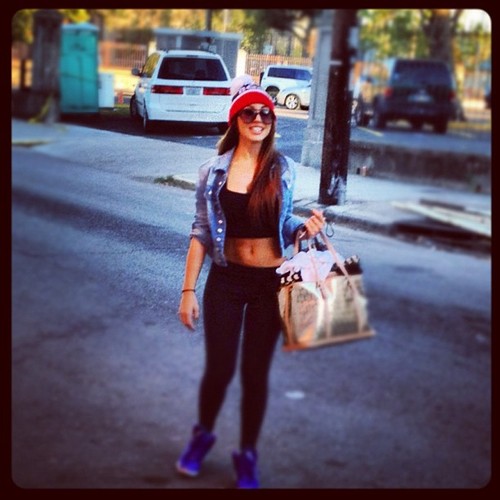