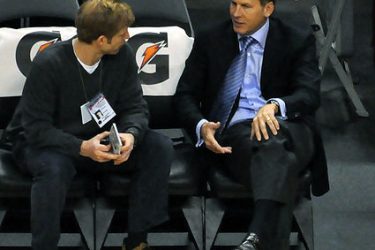 Bryan Colangelo’s wife Barbara Bottini gave birth to their two children, Sofia and Mattia. There is multiple mentions in articles on the internet about their children attending private schools. In an article by Toronto Life, the author makes mention they send their kids to private schools. In another short post from the actual school, Barbara appears in a photograph with other mothers. Since their son Mattia attended the school, she felt obliged to attend the special dinner they threw.
Embed from Getty Images

In the Toronto Life article, they mention Bryan Colangelo’s wife goes on long vacations to Italy with him. That’s always fun! Barbara comes from Italy originally and vacations there are great because she gets to revisit life there. While they lived in Toronto, a restaurant manager said they both always ordered the best of the best when it came to cuisine. I would expect nothing less from these two! The manager of the Italian restaurant they loved said they never skimped either! That’s also a nice thing for Bryan and Barbara. Everyone loves good tippers!

While they lived in Toronto, Sportsnet described their son as one of the better high school basketball players in the city. That’s some high praise for the kid. I believe both kids are out or almost out of college now. That certainly gives Bryan Colangelo’s wife more free time and freedom in general. I’m curious whether she will relocate to Philadelphia. I think it’s likely. The move from Phoenix turned out to be a big lifestyle shift for the family. Of course, the kids were much younger and had grown up in Phoenix. Colangelo himself told Sportsnet he didn’t think about moving for a long time since the kids were on a good path with school and life. Barbara herself knows Bryan will make good decisions wherever they both end up.

Upper Canadian College awarded Barbara Bottini in 2016 with the John D Stevenson award.   Her recognition was noted on the site as follows:

The backbone of the parent organizations at both the Prep and Upper School, Barbara has a gift for the kind of unifying leadership that brings people together to do great things. Barbara’s signature kindness, diplomacy and work ethic are present in all she does at UCC — which is a whole lot! Her myriad volunteer roles over the last decade include Parents’ Organization president, vice-president and president of the Parents’ Organization Executive Committee, A-Day co-chair, head of the Nutrition Committee, and Arts Booster Club board chair. With her son Mattia graduating this year, Barbara’s outstanding service and dedication to the College will be sorely missed. 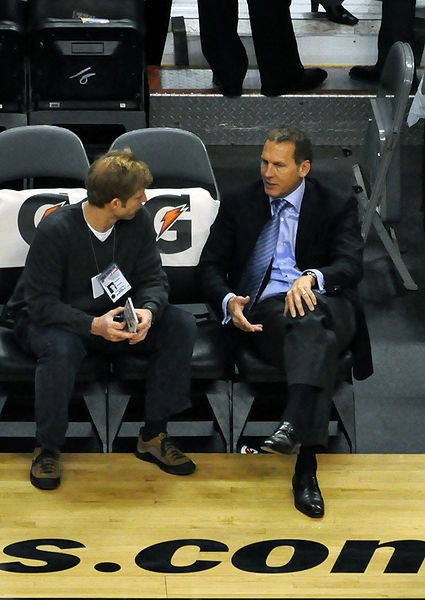