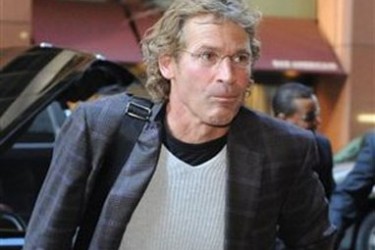 I’m sure Dwight Howard has gotten many drunk dials in his life… I suppose it comes with the territory of being the man.

Without knowing for sure, I feel pretty confident and safe in saying that this was the first time he’s gotten a drunk dial from one of his bosses. By now most people have heard the story about outgoing Magic CEO Bob VanderWeide possibly drunk dialing Howard.

However there might be more to this story. Terezowens.com broke the story that VanderWeide could possibly have been stepping down from his position with the Magic not due to the drunk dial but because he was cheating on his wife. Normally that’s a big deal in a public setting, but this time it’s magnified even more.
Why? Because VanderWeide’s wife Cheri DeVos VanderWeide also happens to be the daughter of Rich DeVos, who happens to own Amway, the company which happens to own the Orlando Magic.

Now we have no way of knowing if this is true or not but to steal a line from ESPN….come on man. You are set up to possibly be the owner of the team one day and you go and pull a stunt like this. To say we’re not surprised that he may be stepping down is a bit of an understatement.
The couple lives in Michigan, and has five children.