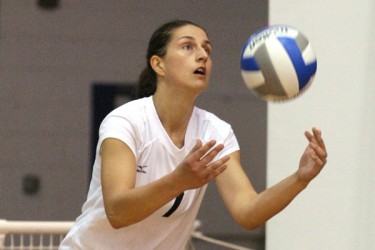 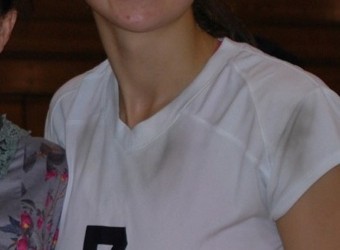 Nikola Vucevic has started off this season real, real strong. He’s averaging 18 points and 15 rebounds so far. So let’s talk about his girlfriend! Nikola Vucevic’s girlfriend Jovana Pavlovic is another one of those ace volleyball spikers that big fellas in pro sports tend to go for. If you know pro basketball pretty well, you might also recognize Jovana’s last name. She’s the brother of Sasha Pavlovic, the Serbian forward who’s played for about a dozen teams in his nine years in the league.

Turns out Jovana is a serious volleyball talent. She’s big, she’s strong, she’s fast and agile, and she won about every award possible on her college team. She just graduated from Queens College, having earned a degree in graphic design and having spent come over from Belgrade to the States. She’s been Nikola’s girlfriend for quite some time. They met when he was around 13 years old, and it seems like they’ve been together since then based on the way Nikola describes their meeting. He said in an interview that Sasha Pavlovic was getting drafted into the NBA and acted as a mentor and someone to look up to for Nikola, and thus the Jovana connection.

Jovana herself has a pretty bright future ahead of her. She’s 24, she had the highest GPA on her entire team, and she was the student athlete of the year when she was a freshman. She’s going places I tell ya’. Nikola and his girlfriend Jovana should have a pretty nice time when she visits Orlando. He’s a soft-spoken and charming young man, the same age as Jovana, and he’s generous and very selfless on the court. I’m really impressed with how he’s started this season by the numbers, but of course Orlando went 0-4 so that’s not very promising for his team. Being Eastern European, Jovana may need to get some SPF 55 when she’s on the beach down there. 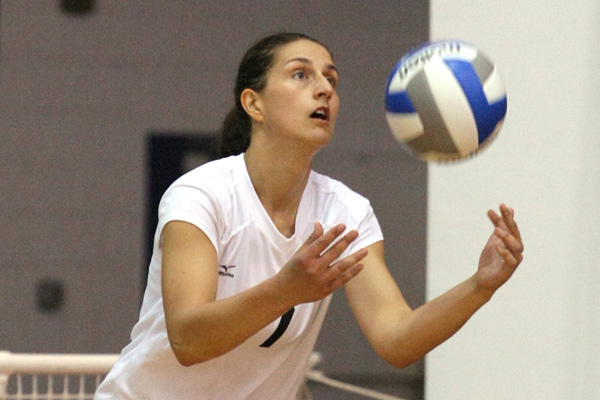