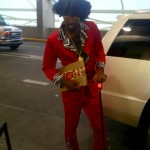 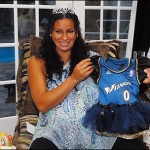 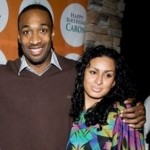 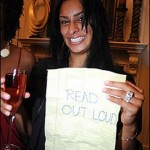 UPDATE: 09-30-2011: Laura Govan recently tweeted a photo of how her fiance, Gilbert Arenas, picked her up from the airport. Check the photo to the right, it’s pretty obvious which one it is. Seriously Gilbert? You don’t think that’s insulting at all? Dressing up as a friggin’ pimp to pickup the woman you intend to marry? You’re essentially calling her a hooker. Really, dude?

09-20-2011: Laura Govan recently confirmed that she is, despite numerous breakups over the years, still Gilbert Arenas’ fiance. One has to wonder if, with his basketball career seemingly in the tail end, he is simply making the best of a bad situation.

07-02-2011: We all have our opinions of the VH1 tv show ‘Basketball Wives’, but Gilbert Arenas has a different perspective than most of us, given that his ex-fiance, Laura Govan, is set to appear on the upcoming season. Arenas is suing Shed Media and Laura Govan for, among other things, trademark infringement and misappropriation of his likeness in an attempt to block the upcoming season of ‘Basketball Wives’. Arenas is attempting to make the case that ‘Basketball Wives’ is not protected by the right to free expression and that the “Defendants are not ‘expressing’ anything other than their attempt to profit from plaintiff’s fame”.

Gilbert Arenas’ girlfriend Laura Govan is taking over the reality world as a breakout star of VH1’s Basketball Wives. The two have been together on and off for eight years, after meeting in 2001, while Gilbert was still playing with the Warriors. Laura was a public relations rep for the Sacremento Kings at the time. She later went on to work with the Los Angeles Lakers, and also work briefly as a personal assistant for Shaquille O’Neal. Laura and Gilbert have two kids together(daughter Izela and son Alijah), and are currently expecting their third child due December 24th.

The couple reportedly broke up for a stretch of time when Gilbert rode East and signed with Washington. After the end of the relationship, Gilbert was surprised to find out that Laura was pregnant with their first child in 2003. Despite the separation, Gilbert made efforts to take a leave from the Wizards to be present for the birth of their daughter. Shortly after the birth, the two began fighting about custody and support of the daughter, which could not be resolved amicably. Once Laura realized that an agreement wouldn’t be reached easily, she hired a San Francisco law firm with the intent of serving Gilbert with a subpoena during a nationally televised game.
Gilbert caught wind of this information a couple weeks before the game, and worked in conjunction with the team to devise a story that he had the flu, and was unable to play in the name of preventing public humiliation. Even though he avoided being served on TV, Gilbert was forced to spend much of 2004 hiding from process servers, who on more than one occasion served one of Gilbert’s teammates in a case of mistaken identity.
After much turmoil and frustration, Gilbert and Laura began speaking and negotiated terms of custody and child support. Gilbert bought Laura her own house near him so that he could be involved, while also providing her a car and financial allowance. After meeting face to face as part of the deal, they began speaking and ultimately dating again. The two have been together since, and are engaged to be married. 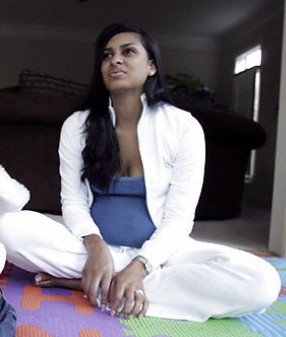