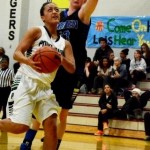 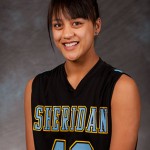 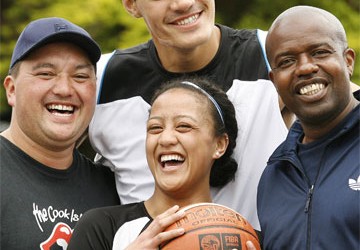 Steven Adams girlfriend Kayla Kiriau has struggled to climb the ​basketball ​heights like he has. ​Steven was able to leave New Zealand and land in Oklahoma. So…that’s…good. ​

A moderately talented basketballer herself, she started at Sheridan Junior College and then transferred to Point Park in 2013. If you’re wondering, Point Park is a college outside of Pittsburgh. She transferred there from Sheridan in Wyoming in order to be closer to Adams, who was attending Pitt. He then ​got drafted and signed in 2013 by the Thunder for about 2,000,000 bucks a year, but that’ll climb to about 3,000,000 by the time 2016 rolls around. Adams has a pretty interesting background.

His father, Sid Adams, was a navy guy who settled in New Zealand and seemingly attempted to set the world record for most children fathered in the country, having eighteen kids with five different women. Spread the seed far and wide, Sid.
​He died when Steven was thirteen, and he had difficulty without his father, but he got through it.

Another really cool fact about Steven is his sister is basically the greatest woman shotputter that ever lived. Her name is Valerie Kasanita Adams. Look her up, seriously. She is a shot-putting machine. 6’4”, 250 pounds, charismatic, and a collector of gold medals of all stripes. She has two Olympics golds in shot-putting, and she pretty much wins any competition she enters. That’s what you get when you’re Sid Adams’ kid. According to the Pittsburgh Post Gazette, sons of ​Sid ​Adams average 6’9” and females 6’. Here’s to hoping that Stephen puts those genes to good use and improves his numbers up from the 3 PPG and 4 RPG that he’s averaging. He’s only 20 so he’s got a lot of time.

​​​ The Eye of Sauron is watching everything he does. 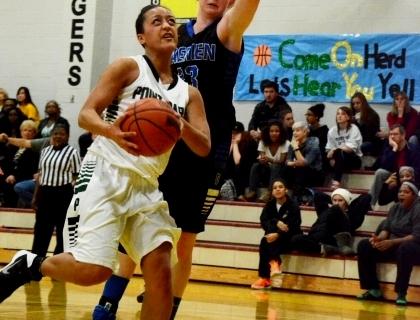