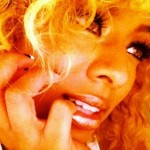 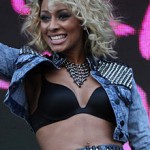 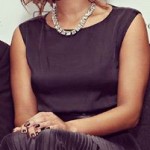 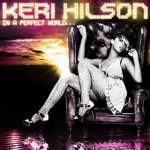 With the influx of social media and the unconfirmed rumors that come along with it, the new trend in sports is to see insane rumors fly about a player once he leaves town. While the most realistic explanation for James Harden’s surprising deal out of OKC comes down to a potential contract extension, a new and much more entertaining rumor has hit the internet version of the airwaves recently.

According to one theory, James Harden has a difficult time adhering to the time honored code of “Thou shall not chase a teammate’s girl.” Now granted, we’ve see it violated from time to time, but it’s still one of those rules that you just don’t see violated. In this case, Harden is rumored to have been chasing Serge Ibaka’s girlfriend Keri Hilson. This rumor was actually the first we’d heard about Serge Ibaka dating Keri Hilson. However, after deeper digging, we’re fairly confident that the two are dating at this time, but found nothing in regards to official word of the two being together.

The rumor persists that Harden had been openly hitting on Hilson, which obviously caught Ibaka’s attention. One could speculate that if this were true, it would surely cause disharmony inside the otherwise harmonious Thunder locker room. Consider that Harden wouldn’t sign the team friendly extension, and that he may be upsetting locker room chemistry, and suddenly this rumor doesn’t seem quite so impossible to believe. While we doubt the Thunder would ever make personnel decisions on a couple guys fighting, we can believe that if this were true, it certainly didn’t make it harder for the Thunder to trade him.

For those (like us) that needed a quick reminder of who Keri Hilson is, she is an R&B singer/songwriter who has been in the mainstream public eye since 2007 when she appeared on Timbaland’s “The Way I Are,” song (THAT’S where I remember her from). Her 2009 debut album hit #4 on the Billboard top 200, though future albums have seen significantly less success.

We are going to keep a close eye on this one to see if anything else comes out about Serge and Keri as a couple. If anything comes out, we’ll keep you posted. 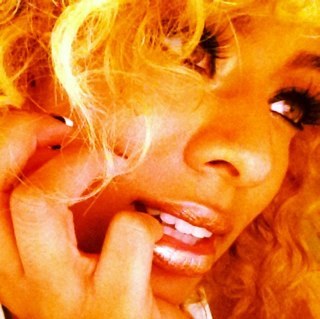