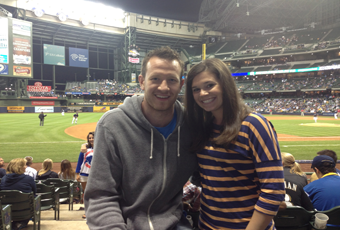 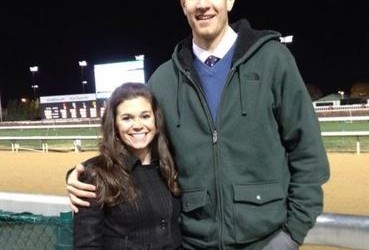 The details behind how exactly Steve Novak’s wife Christina Novak first entered his life are a little hazy.

The story we’ve found says that the first time Steve and Christina talked was during the Final Four in New Orleans. Despite the fact Steve and Christina were in the same communications class, the two never talked, and it apparently wasn’t until the Marquette Golden Eagles made the Final Four that things started to heat up. Most remember the Marquette Final Four team because of Dwayne Wade but Novak played a major role as a freshman. At some point during the Final Four, Christina made the journey from Milwaukee to New Orleans, and she and Steve hit it off. Try to help me understand this because I have a few questions. Did she drive to New Orleans in order to see Marquette play and just happened to bump into Novak while in New Orleans? Was her intention the entire time to drive to New Orleans and meet Steve? I mean they were in the same freshman class but from all reports never talked yet somehow found each other at the Final Four. Keep in mind the Marquette to New Orleans drive isn’t like going to the local market, it’s about a 20 hour drive. When did Steve find time between, oh I don’t know trying to win a National Championship, to meet Christina. Look I’ll give the couple the benefit of the doubt since they did end up marrying but I’m something isn’t adding up here. I’m clearly missing something in the meeting story they’re selling.

Regardless of how they met Steve and Christina did get married in July of 2007 after Steve proposed at a Chicago White Sox game. The couple now resides in New York with Steve serving the role of 3-point specialist for the New York Knicks.