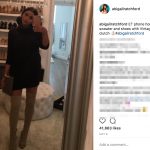 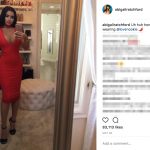 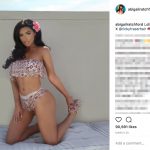 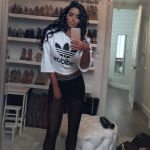 Is Kristaps Porzingis’ girlfriend Abigail Ratchford? Could it be? Sure, it could!

However, we need to make it very clear right off the bat that this is a recommendation.

Allow me to explain: back in February of 2017, Kristaps threw out an innocent but pointed comment to Abigail on social media. He sent her a wide-eyed emoji.  I see you!  Not more than one day later, Abigail responded with a lips emoji. Yes, this all sounds very childish, but this is 2017 and modern online flirting, okay? Maxim immediately made mention of the casual online flirts as well.

Before we talk about the possibility of Kristaps Porzingis’ girlfriend being Abigail, I need to also mention a failed attempt that came later. Kristaps sent out a smiley face with hearts as eyes to her. Then someone told him she was born in 1999, and he apologized. However, she continued by sending a picture of her kissing her boyfriend and asked Kristaps if he’s sleeping soundly. Ooh, ouch! Is it a funny exchange? Certainly. But let’s get back to Abigail, shall we? First off, she was not born in 1999, and she is a stunner with almost 8,000,000 followers on social media. People love to look at pictures of Abigail. It’s very obvious why. She is incredibly attractive.

She also doesn’t leave much to the imagination. I’m not judging, of course. I never judge! On the contrary, I quite enjoy a good peep at the Ratchford social media posts! Of course, if I personally sent her the googly-eyes emoji, I would be met with deafening silence and crickets. Can Kristaps Porzingis’ girlfriend become Abigail? Yes! If he pursues her in a cool way when he’s in the same town as she is, anything could happen! A look at Abigail’s website profile tells us she is a savvy businesswoman, however. He must be on guard and determine if she is actually interested in him, the lovable 21 year-old, 7’3″ Latvian center! 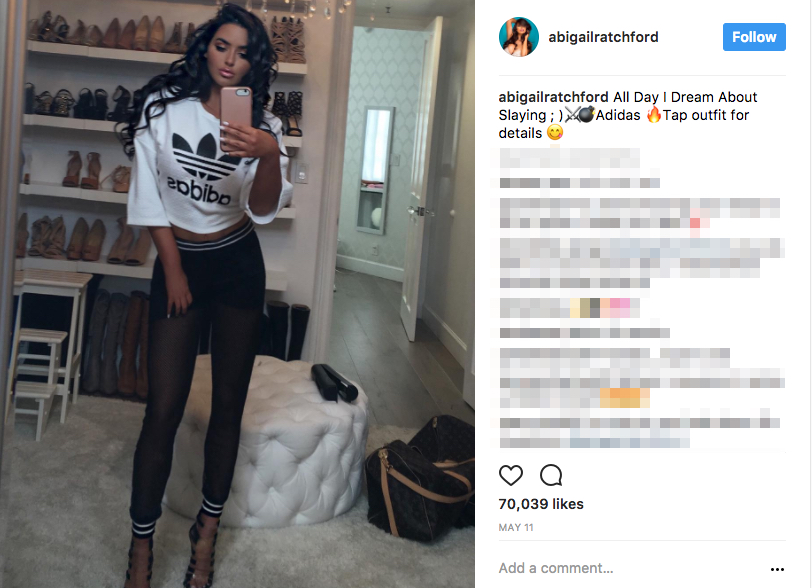