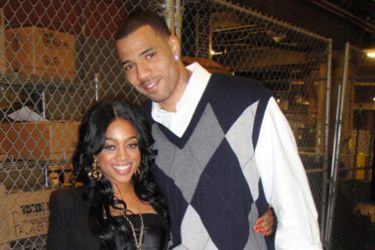 Kenyon Martin’s girlfriend Trina (real name Katrina Laverne Taylor) is a rapper who broke onto the scene in 1998, appearing on a Trick Daddy single which peaked at #3 on the rap single charts. She went on to work as a solo artist, whose third solo album, Still da Baddest, debuted at #1 on the Billboard Rap and R&B chart, and at #6 on The Billboard 200 chart.

Rumors of their relationship began sprouting up in December, 2007 when Trina began introducing Kenyon as her boyfriend while planning a New Years Eve/30th Birthday party for Kenyon.

One of Kenyon’s many distinguishing features is a tattoo of a bright red pair of lips, which he acknowledges as a tribute to Trina. However, it’s not just a drawing of a pair of lips to her, it’s actually her lips. In an interview with the Denver Post, Martin admits

She was there when I was getting the tattoo. I had her kiss on the paper.

A short time after the two broke up, Kenyon Martin got an odd tattoo of a crown put on over the lips to cover them up. It’s weird, and everyone knows what it is anyway. 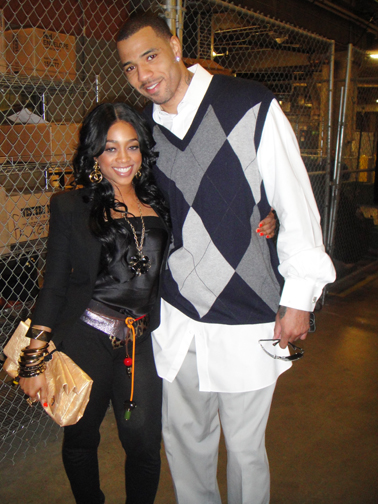