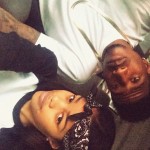 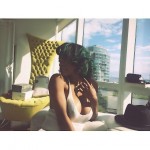 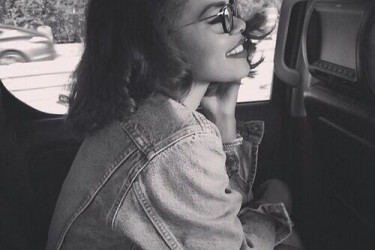 Iman Shumpert’s girlfriend Teyana Taylor may not be a star pop singer-songwriter signed to Sony Music, but she is signed to Interscope. Apparently Iman only dates women who are signed to recording contracts? The reason I bring this up is Shumpert’s previous relationship was with Elle Varner, a singer who debuted her album at #4 on the Billboard charts. That’s pretty impressive. I’d never heard of her, but then again Michael Jackson is on the Billboard 200 right now with an album at #18 so all kinds of weird stuff happens with the charts.

Mr. Shumpert himself has been in the league for about 3 years now and is a roleplayer on the squad, but his hightop gets some good attention. He averaged 6.7 PPG and 4.2 RPG over 26.5 MPG, which is mediocre, frankly. Get those numbers up to 10 points and 5 rebounds over 26 minutes and we’re starting to see some pay-bumps, but for now there’s a lot of room for growth.

As it relates to Iman Shumpert’s girlfriend Teyana Taylor- her career is actually doing really well. I’d be surprised if there’s much of a difference in reputation and success between her and Elle Varner. The two have been photographed together (seeing as their both in basically the same musical sphere). She had a single called “Maybe” that featured some other rap/r&b dudes that apparently some people were into. I think a lot of the couples that get together in this realm are sort of pre-packaged and approved. For instance, Iman Shumpert is seen as a cool guy; he’s got the hightop fade, the tattoos, he’s an NBA baller. That kind of get-together is perfect for a young attractive r&b singer like Teyana. Iman is pretty funny though, as he recently made a Vine about having ashy hands: “Shorty asked me why yo’ hands always ashy? Prolly cuz I washed’em. Let me give y’all a pointer: if his hands ain’t ashy, he don’t wash’em. Unless he keep lotion on’em like a female. Get a dude with ashy hands!” 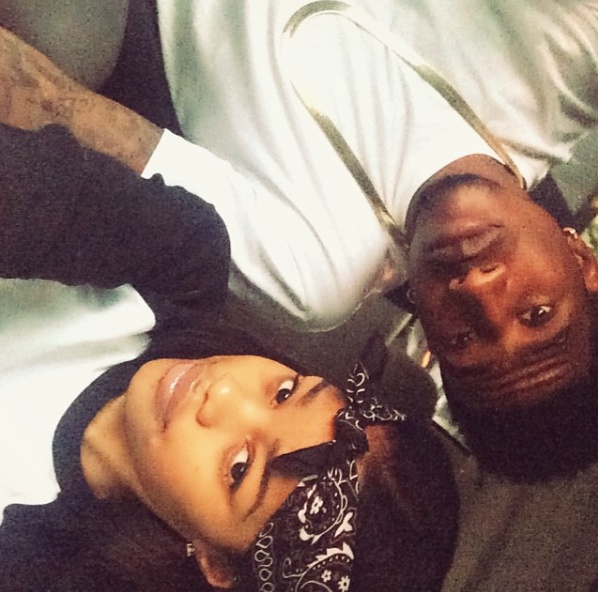