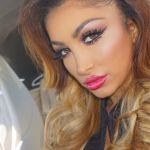 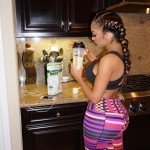 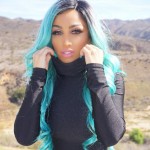 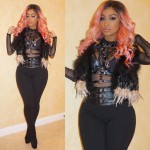 Tyreke Evans’ girlfriend Angel Brinks is one of those stunning young ladies who’s not afraid to wear gaudy stuff just for the sake of having fun and looking outlandish. I applaud this fashion choice most of the time because people tend to exude too much self-seriousness these days. Angel doesn’t have that problem at all, and she happens to be a fashion designer in her own right. If you’re rolling your eyes because you’re imagining her having no talent, don’t. She knows what she’s doing.

Angel specializes eye-catching ensembles that sometimes resemble super hero costumes. In this case, it’s not a bad thing. Yes, some of the outfits can border on tacky, but that’s kind of the point, and besides– there’s so many selections on her online shop that it doesn’t really even matter if you hate some of them. Okay, so I sound like Tim Gunn right now, but I really respect when a player wife is doing her own thing. Tyreke Evans’ girlfriend knows what she wants to do, and she’s doing it. It’s most definitely worth mentioning that she’s balancing being a mother as well. She’s the mother of their daughter, Amani, whom Tyreke is very proud of and shows off on a regular basis.

A few other noteworthy items: Angel Brink is known for being on the show Basketball Wives LA, and though I’m not really the type to watch any of these types of shows, it has become a wildly popular genre, and there’s no point in bad-mouthing it. The second item of note is that Tyreke allegedly had a son with another lady before Angel. Tyreke Evans’ girlfriend Angel is definitely the apple of his eye, but this other woman is named Ashley Logan, and the internet has pointed out how he never posts any pictures of her child (allegedly his too). It’s none of my business so I’m not going to speculate what that relationship is like. Being a professional basketball player can get sticky, folks. 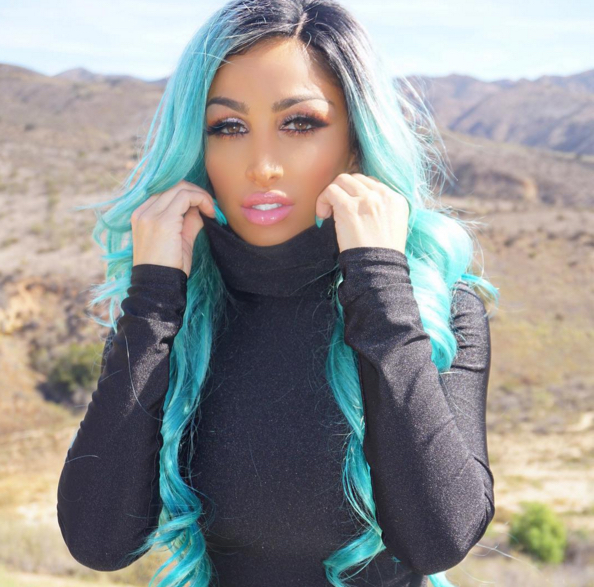