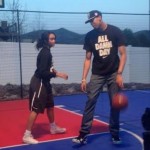 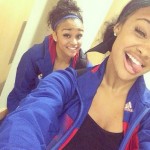 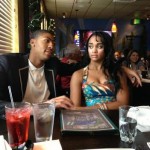 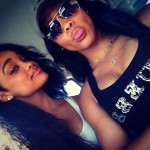 If you’re watching women’s college basketball this season, you might think you’re seeing double. That’s because the Jayhawks recruited freshman twins this year. And Anthony Davis’ girlfriend Dylan Gonzalez is one of them.

The gorgeous, athletic and musically talented Dylan Gonzalez has a fraternal twin, Dakota Gonzalez. The twins are not only currently the hottest attraction at Kansas University; they are also amazing on the court. Dylan Gonzalez (Dyl for short) is a 6 foot guard with an impressive high school record. She’s a 2013 McDonald’s All-America nominee who ranked No. 85 nationally by Blue Star Basketball, and a three-star recruit according to Hoopgurlz.com who ranked No. 44 in the country among guards. In addition, Dylan Gonzalez lettered in basketball (4), volleyball (3) and track and field (2) and was named a first-team all-state and all-district selection in volleyball in 2009, 2010 and 2011. Now that’s one well-rounded athlete!

But, it’s no wonder Dylan Gonzalez made her way to the Jayhawks. Dylan Gonzalez’s mother, Angie (Snider), was an All-American honorable mention basketball selection at Kansas in 1984 before playing professionally in Germany.

But the freshman from Pocatello Idaho has interests outside of sports. The twins also have a love for singing, and an even deeper love for posting their singing sessions on the internet. The two have covered everything from Parnk Ocean’s “Thinking About You” to Adele’s “Rolling in the Deep.” Here, check it out…

But let’s not forget Dylan Gonzalez’s true love, Pelican’s forward Anthony Davis. The couple apparently began dating in May of last year of 2013. After a single season in the NBA, the No. 1 pick in the 2012 NBA draft has erupted into the Pelicans’’ best player, and a legitimate top-15-to-top-10 player in the entire NBA. Could it be that Dylan Gonzalez is his good luck charm? 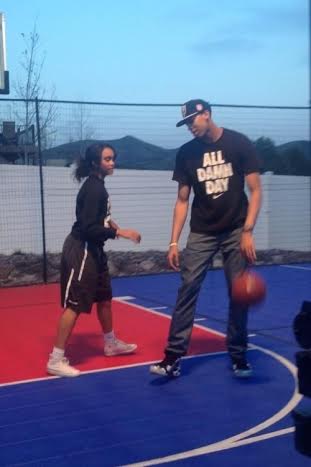