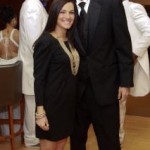 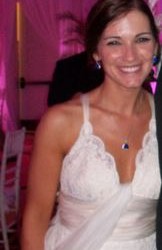 Coming into the 2012-13, there were lofty expectations placed on Kevin Martin. With OKC deciding they couldn’t (or didn’t want to) give James Harden a new max contract, they traded him to Houston. Martin was shipped to the Thunder in that deal and essentially had to try and replicate Harden’s offensive output from the bench. While not as explosive, Martin did his best impression as the Thunder marched their way to the 1 seed in the West.

Martin started his career in Sacramento, which is a far cry from his hometown of Zanesville, OH. This is relevant because its also the hometown of Kevin Martin’s wife Jill Martin. When Kevin started his NBA career, the couple has just started getting serious. Jill recalls taking many flights back and forth to visit on the weekends when the Kings were playing at home.

Kevin and Jill were married on July 15, 2011. The couple actually met in high school but did not begin dating until college. Both are self-described as shy, so the relationship took quite some time to get off the ground. They spent about 4 years together before finally tying the knot. We don’t usually make note of wedding details, but this is one we just had to point out – Kevin and Jill had an Oreo bar for their guests. There’s no way that didn’t live up to expectations. 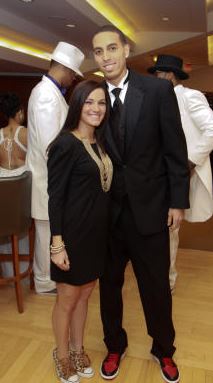