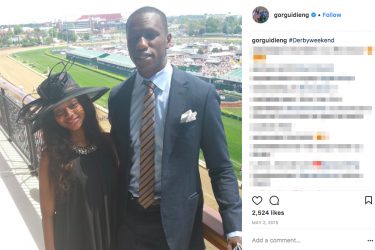 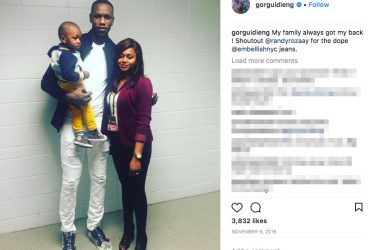 Gorgui Dieng’s wife Amalia Dieng travels to Africa with him in the offseason. They originally hail from Senegal, and recently Gorgui and his wife featured in an article on theringer.com. If you like basketball players who get close to dangerous animals, you found your guy. When Gorgui and Amalia travel to Senegal, they often encounter wild beasts and fierce creatures. I watched a video of Mr. Dieng straddling a fairly sizable crocodile who happened to be out in the sun. Since the Diengs are used to these creatures, they are not as scared of them as you or I might be. Still, a pose with a video pose with a crocodile is always awesome.

Let’s not forget that Gorgui Dieng’s wife Amalia also visits lion habitats and pets baby lions with him. If given the opportunity, never pass up the chance to pet a lion cub. In a few years, they become very unpettable. In May of 2015, the family traveled to Burkina Faso. I should certainly mention they have a son named Momar. He’s a cute kid. I can almost guarantee he will grow up and be able to speak multiple languages since his parents do. He may even possess a dual citizenship. Since the Dieng’s enjoy the largest contract ever signed by a West African, they certainly can travel back and forth without financial worry.

In March of 2015, Gorgui Dieng’s wife dressed in a nice dress with a fancy hat and attended the Kentucky Derby. These guys know how to spend their free time! A trip to Africa, a journey to a famous horse race- no problem! Heck, Gorgui even tried hockey in early 2015 for fun. They also traveled to the Pentagon in November of 2014. Gorgui stood by the podium at the press conference area. Unfortunately, Amalia did not pose in front of the podium because I guess she had no pressing national security information to disperse to the general public! 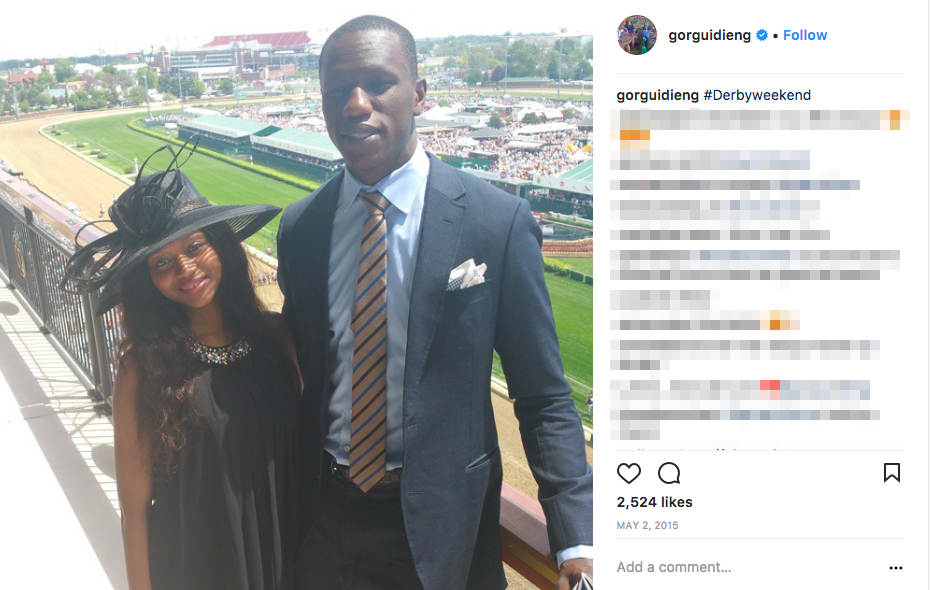