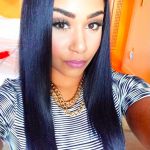 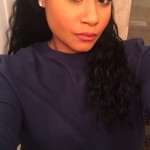 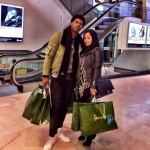 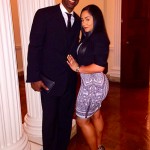 OJ Mayo’s girlfriend Dona Lambert may or may not have gotten hitched at some point last year or this year, but the couple was known to be engaged as far back as May of 2013. ​There is literally no mention on the internet at all of the actual marriage having taken place yet, so I’m going to assume that it’s been held up by various circumstances (often the case). One of those circumstances may or may not have been the lawsuit filed against OJ Mayo. The lawsuit alleges that OJ paid for a private jet charter and some,… ahem,… partaking may have gone down on the same flight. Quantum Jets filed the lawsuit back in December of 2014, so it’s likely not resolved yet, but a little property suit doesn’t seem like the end of the OJ Mayo world.

OJ Mayo’s girlfriend Dona Lambert isn’t the only basketball WAG in the family. Dona’s sister Dana Lambert was Derrick Rose’s girlfriend throughout high school. Back to Dona, the diamond ring that OJ gave her is huge. Every case of an NBA engagement is different, and I don’t want to sound like a downer, but prenups are always wise. That is not to say the relationship isn’t great, and it’s not to say OJ isn’t a great guy, but we’re talking about professional athletes here, guys. Trust me, it’s wise. Dona was lucky enough to accompany OJ to the London Games of 2015 in which the Milwaukee Bucks played the New York Knicks. That sort of seems like the NBA just tossed out to teams and said “London won’t know the difference,” but it’s cool to get to travel there regardless.

OJ Mayo’s girlfriend posts about her niece Jada as if she was her daughter. That niece belongs to Dana, and another one of her baller ex-boyfriends, Jae Crowder. Jada was born in October of 2013. That was the same year they decided to get engaged, by the way. Most of Dona’s pictures that she posts of herself are her looking very serious but lovely and wearing stylish clothing. 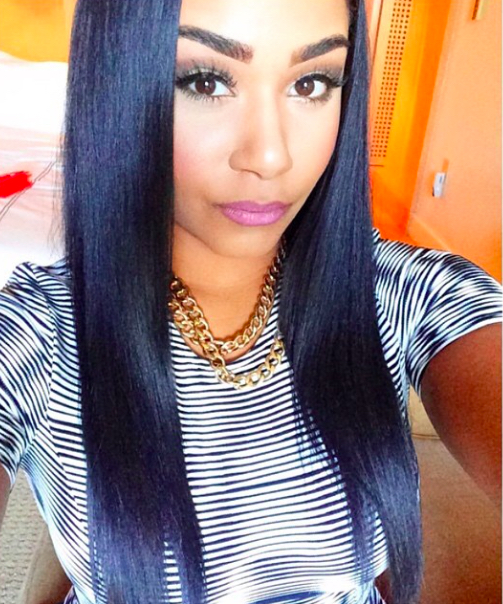