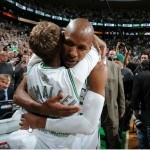 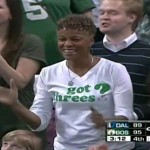 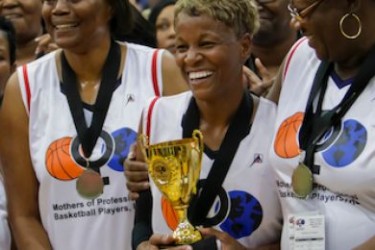 Now I know what you are all thinking. The name of this site is playerwives.com so why in the world would we feature Ray Allen’s mother??

Well, when the mother is as fanatical a fan of her son like Flo I think she belongs on this site.

For anyone that has ever watched a Celtics game in the last few years, chances are you know exactly what I’m talking about when it comes to Ray Allen’s mom, Flo. The mother of Jesus Shuttlesworth typically can be seen court side with some sort of Ray Allen jersey on, completely bedazzled out. She currently resides in Florida with her second husband but makes it up North for all the big games (and never misses a game on TV).

Ray also has his mom to credit for his basketball genes. Flo’s first husband was in the Air Force, and while moving constantly Flo took up basketball and played on the Air Force team. The entire family would attend all her practices, games, and team events, so Ray grew up around the game because of his mother. When Ray’s son was diagnosed with Type 1 Diabetes his mother stepped up and ran the Boston Marathon, raising money for the Joslin Diabetes Center. 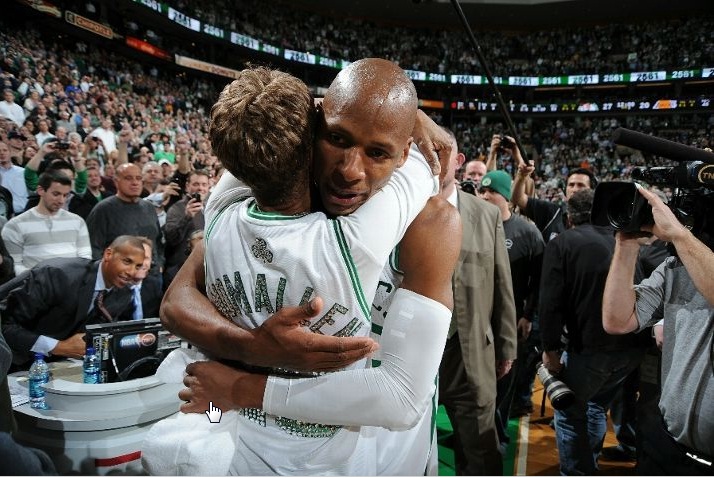