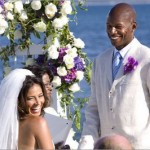 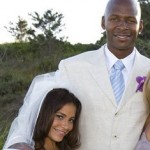 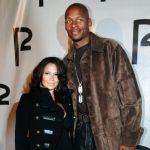 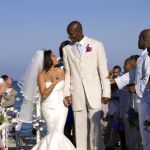 Ray Allen’s wife Shannon Walker Williams has teamed up with him to open an organic fast-food restaurant in Miami. While the phrase “organic fast-food” sounds like an oxymoron, the couple hopes the concept catches on. They have named the restaurant Grown. The inspiration for the restaurant came from their son’s dietary needs as a type-1 diabetic. Ray and Shannon developed the menu at Grown, in cooperation with Todd Kiley. Kiley was formerly the executive chef of Rainforest Cafe. Pricing will range from $4 to $18 for menu items such as soups, salads, sandwiches and wraps.

Now that Ray Allen has announced his retirement from the NBA, it sounds as if this restaurant will be his primary focus. If the approaches business anything like he approached playing, the restaurant will be a success. Ray is famous for his fanatical work ethic. His work ethic is so engrained, that he basically cannot shut it off. The day after winning his second NBA championship, Ray couldn’t sleep. Instead of simply milling around his house and enjoying being a winner – he went to the dentist for some outstanding tooth work.

Ray Allen’s wife Shannon Walker Williams studied music at Northeastern University. She has worked as an actress making occasional appearances. She appeared on shows including, “Strangers With Candy,” “As The World Turns,” and “Blues Clues.” She was also in a musical group called Shades, which was signed to Motown Records. The group no longer exists.

Shannon had been Ray Allen’s girlfriend since 2004. The couple married on Martha’s Vineyard in August, 2009. Together they have four children, Tierra, Ray III, Walker and Wynstan.

The couple’s son, Walker, was diagnosed with Juvenile Diabetes during the 2008 Finals. Following the diagnosis, Ray and Shannon invested significant time and money towards Diabetes. The support multiple foundations and charities dedicated to juvenile diabetes research. As mentioned above, Walker was the impetus for founding their organic fast-food restaurant. 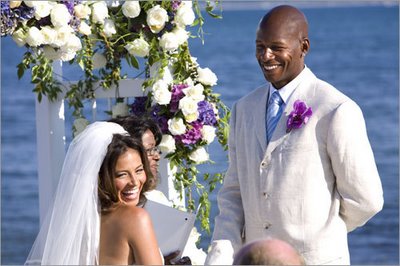