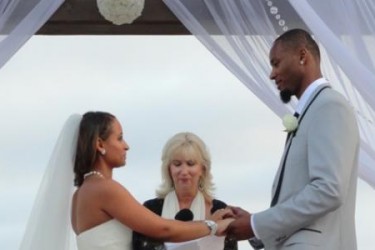 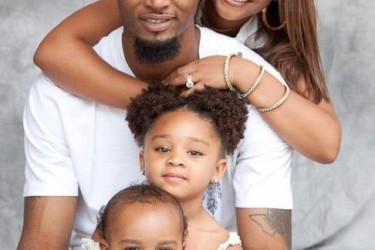 The volatile world of NBA dating. You gotta love it. Rashard Lewis’s wife Giovanni Fortes tied the knot with Lewis after a long, long period of time. Reports vary but it was something like 10 years. In the real world, that’s perfectly fine, but in the NBA it’s unusual. Hey, a man gets older, sitting atop his pile of questionably-deserved cash, and he thinks to himself, “you know, the best things in life may well be free, but I want to be extra sure of that before I commit.” Perfectly understandable, Mr. Lewis.

Lewis is somewhat famous for his entrance into the NBA in 1998. I like to call him “Green Room Lew.” Rather than attending college, Lewis elected to declare himself eligible for the NBA draft, where he was passed by every NBA team until the 2nd round, getting picked 32nd overall. This may not seem all that bad to you, but the green room where he was sitting in is for the top 15 prospects. It’s supposed to be a veritable VIP section, and there he sat watching player after proven player get up and put on their hat and jersey with a big moneyed grin on their face. It’s gotta’ be a little embarrassing, but the man brought it on himself. He wasn’t a valuable player his first two seasons, and those were the seasons he would have been crushing in college, too. He was paid $287,500 and $385,000 those seasons. Maybe he just really needed the cash to help his family out, but I remember at the time people were upset that he entered the league so young. Ah, the days of “Jerry Maguire,” Rod Tidwell, and Rashard Lewis. Late 90’s moneyball.

Now, yes, Giovanni is indeed a lovely woman. She’s beautiful, and she strikes a serious figure in the moonlight and all that jazz, but there’s just one more aspect to the Lewis/Fortes knot-tying that should be explored, and that is the ultra magnanimous signing of his Orlando Magic contract. Folks, he signed a $118 million deal with Orlando in 2007. Who in god’s name was his agent? I’m telling you, Jay Mohr put on his best suit from “Jerry Maguire” and absolutely steamrolled the Magic front office. I have no idea how they were able to convince the Magic that Rashard Lewis was going to be the next Kevin Garnett or whatever they said to them. I’ve seen Lewis’s numbers from his last season with Seattle, and while they are decent, they are in no way deserving of $118 million. Lewis got those decent numbers by playing on a losing team the season before (the 31-51 Sonics). I understand the Magic realized he’d work with okay Jameer Nelson and Dwight Howard, but they burnt through their wallet quite badly, as they’d soon realize. Anyway, after he amassed his Scrooge McDuck-like fortune, he was able to fly Giovanni and 25 bridesmaids out to Vegas to have a killer bachelorette party. The fact that there were 25 bridesmaids flown to Vegas is the thing people end up talking about when they reference his marriage; not where the money that gave him such amazing bridesmaid-flying power came from. 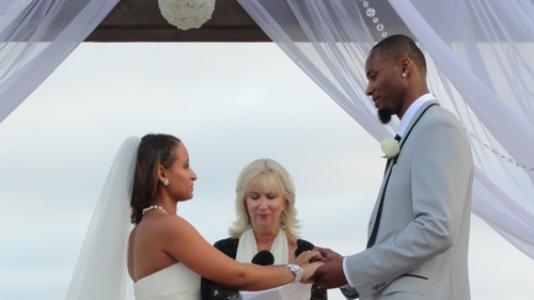