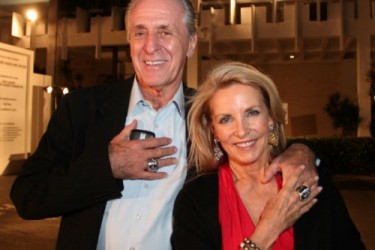 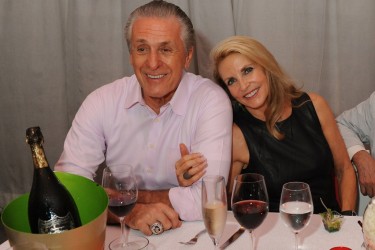 Pat Riley’s wife Chris Rodstrom Riley has been with Mr. Riley for a very, very long time. To give you proper perspective: Wilt Chamberlain was still playing and would continue to play for three more years after Pat and Chris said their vows. The couple have both a son and daughter who are fully grown by now. I read a Los Angeles Times article from 1985 profiling Pat and Chris back in the Lakers years. It was written three months after the birth of their son, James. Their son was actually adopted and is not related to Pat or Chris. It’s one of the more unusual tales of sports kids I’ve heard. They went and picked him up in a limousine and celebrated with champagne, mobbed by fans and reporters right after they exited their ride. This was the Magic Johnson, five championship era. The whole thing kind of just fit Riley’s image.

Pat and Chris met in 1967 while she was attending San Diego State and he was chilling on the beautiful beaches of the city. He was already a professional basketball player and had been playing for the San Diego Rockets. Pat Riley’s wife gave up school to get hitched with him in 1970 and then went back to school to get her bachelor’s in 1972 followed by a masters in psychology a few years after that. She then became a family therapist, listening to families talk about their varying dysfunctions. That apparently only lasted until about 1981. So basically she went to school for six years to become a therapist for, uh, about six years.

There was a piece written in 1995 about the portion of their relationship in the 70’s when Pat was really angry and frustrated with not being a professional athlete any more. It described Pat Riley’s wife as essentially rehabilitating him into the man he is today. I guess being a trained psychologist helped out. He’s known as kind of a swearer anyway so being angry about briefly not mattering to the NBA fits in with that. Pat Riley is a legend so his wife has long ago learned to maintain her own speed and lifestyle outside of his busy orbit. That’s not to say they don’t have perfect chemistry. Pat said they’d done and seen everything a married couple could. 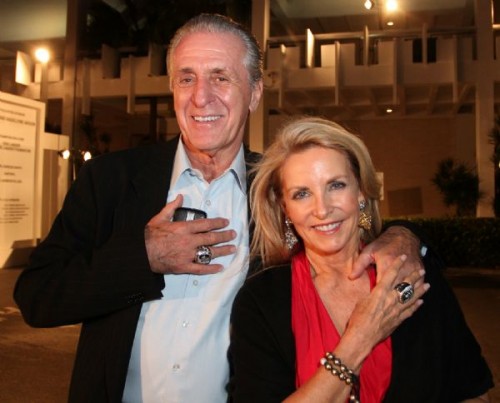