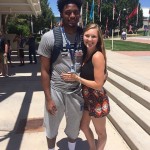 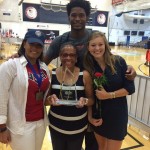 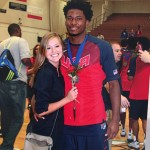 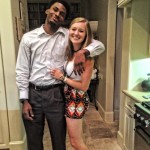 Justise Winslow’s girlfriend Abby Avery is his high school sweetheart from the city of Houston. The two attended St. John’s High School there, and she was dating him when he made his announcement that he’d be attending Duke back in 2013. Justise did not spend much time there before announcing that he’s ready to roll in the NBA. That’s sort of become the norm for quality pro prospects now.

Abby is now playing with Justise’s new puppy, who appears to be a mastiff, except when you get a mastiff puppy they’re not really massive or mastiffy; they’re just little cute mini-dogs. While Justise manages to post photos of Abby and him every now and again, I get the sense that his life is so busy for him now as a rookie that he rarely gets a chance to see her. At their young age, Abby is very busy herself with college work the same way Justise is busy with learning how to be a professional basketball player. The tides of fame are gradually building for this young man, and Justise Winslow’s girlfriend Abby will have to hold on or get swept away.

Abby would routinely come and see Justise play when he was on the 2014 USA team, but that was not an Olympic team (just to clarify). Justise Winslow’s girlfriend attended prom with him in their sophomore year in high school, and the amount of transformation between then and now is pretty staggering in terms of where he’s at now. Considering that was three short years ago and that he’s still a teenager, he’s gone from a kid trying to do some equations in algebra to a guy making over two million bucks a year. Since Abby is so young, she has little opportunity to spend much time with him now, and his transformation into a professional athlete has steadily taken over all his time. The young man takes it all in stride though, and thanks to her support and the support of his family, he’s smiling and developing rapidly. 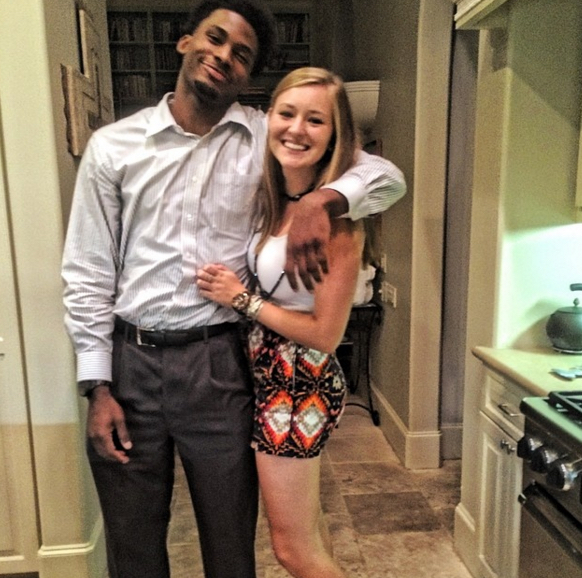