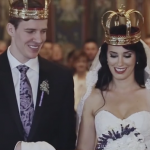 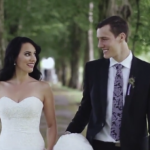 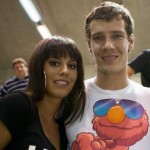 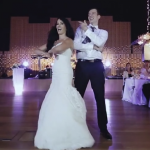 Goran Dragic’s wife Maja Dragic was married to the Slovenian hoopster in late 2013.  The nuptials took place in a large and stately Slovenian church.  Weddings are fraught with other people commenting and judging.  Fully admitting to our own ignorance, we came away with a couple observations of our own.  Again, reluctant to expose our cultural ignorance, there was one thing that caught the eye.

Yes, folks, Crowns.  The biggest thing about their wedding to me was the venue and the fact that the bride and groom wore crowns. Originally this looked like another ornate detail to the ceremony.  But, digging further, we since learned that wearing crowns is an important part of the Orthodox wedding ceremony.  Dragic is Orthodox, and states it’s a part of who he is.  The crowns were a key element to the ceremony, and not just another wedding day detail.

While Goran was making a name for himself in the NBA, Goran Dragic’s wife was holding down the fort across the pond.  The couple built their dream home in Slovenia, and Maja was home making it,… well… home.  Maja was busy decorating their new house that Goran actually had a  hand in designing.  Goran has said that Maja really likes American furniture and will be importing tons of it into their home.

They’ve also already had a child named Mateo back in 2013.  Their daughter Victoria was born in 2016.  Maja does a lot of cooking at home, and Goran has said it’s a different style of cooking than he was used to from his Mother, but that he still really likes it. They go out to see movies and buy clothes. I’m sure a lot gets lost in translation when it comes to their day-to-day life, but it looks like Maja is having a nice time in Slovenia taking care of their son.

Challenges of being a superstar athlete in America

Look, being a professional athlete is great.  No one will dispute that.  But, it’s not without it’s pitfalls, which I’m sure Goran Dragic’s wife experiences too.  In an interview with Serbian site Delo.si Goran explains some of the challenges.

What does it mean to be a member of the Miami Heat club in the U.S.? It is difficult to imagine here that over there the sports stars are equally famous as the biggest movie and music stars.

It is true. Everybody who plays in the NBA League is constantly under siege, it is complete madness. You cannot go out normally.  You cannot eat normally. You cannot even think of walking down the street. Most of the time you need to hide from other people. If we want to enjoy a little time together without photographers, we have to call a restaurant in advance, make reservations and ask them to put us in the back room.

It is particularly hard if you are winning in Miami [smile] … It helps that I am not that tall and I can hide in the crowds with a cap and dark glasses. But it is always a problem if only one person in the street recognizes you and wants to take pictures with you. It is impossible, then, to go on because others will follow him. But to be honest, I like to spend most of my free time at home with my family. I really enjoy most when I can be with my wife Maja and children. 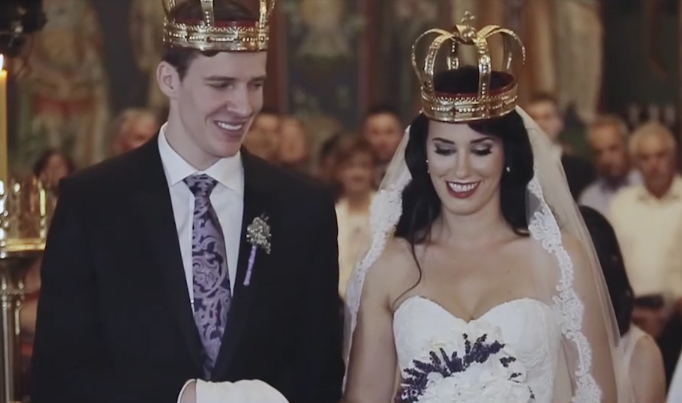