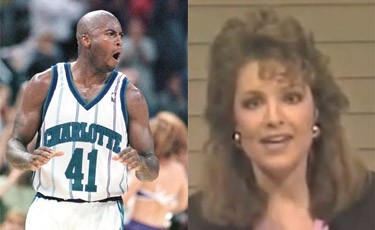 The National Enquirer has reported that in the new Joe McGinniss Sarah Palin biography, it will be written that Sarah Palin had a one-night stand with former Heat/Hornet/Laker Glen Rice in 1987, just a year before she eloped with her now husband Todd. According to sources, Palin was dating Todd at the time – which should make for some fun pillow talk between the couple tonight. Glen Rice was playing college ball at the University of Michigan and playing in a college tournament in Alaska, while Sarah Palin was a sports reporter for Anchorage TV station KTUU. And hey, with the hair Palin was rocking at the time – how could Glenn Rice possibly turn her down?

This is actually a good opportunity to talk about the other time Glen Rice was in the news for a relationship. In early 2008, Glen Rice was arrested on suspicion of felony battery for assaulting a man. It just so happens that he found that man hiding in the closet of his estranged wife, Cristina Fernandez Rice. And then Glen beat his ass. The best part is that the guy was probably naked. Rice surrendered to police and was released after posting $5,000 bond. Charges were later dropped. 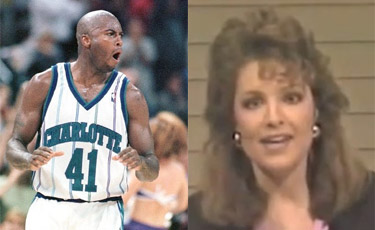