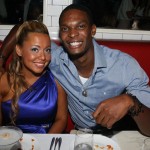 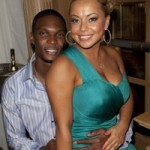 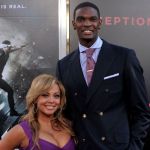 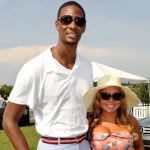 Here’s the beauty of Chris Bosh’s wife Adrienne Williams Bosh. If you happened to miss her last red carpet appearance,… give it a minute.

The Heat big man and wife are everywhere from Instagram and Twitter to every red carpet and movie premiere in South Florida and beyond. Things appear to be good in the Bosh universe with three healthy children; Dylan Skye Bosh, Jackson Bosh and Trinity Bosh. Chris Bosh’s wife is about to move the family from five people to seven, as news leaked in October, 2015 that Adrienne Bosh is pregnant with twins. I suppose a couple hundred million in NBA salary can support that family.

Life is good for Chris Bosh and wife. After a situation for Chris last year with blood clots not only threatening his career, but also his life, things have to be looking up for the Bosh clan. Not much could get them down, even a little feud with Lil’ Wayne a few years back. Weezy seems intent on telling the world that he slept with Chris Bosh’s wife. Despite the drama from last year with Wayne publicly announcing their alleged tryst, the couple is in good standings.

Chris and Adrienne Bosh were married in 2011, smack in the middle of the NBA lockout. A prior blanket rule forbade any contact between team officials and players during the lockout was lifted to allow Heat team officials and coaches to attend the event. More details from The Miami Herald.

While the Heat declined comment Friday, citing league guidelines, the team apparently has already cleared the appearances of management and the coaching staff at the power forward’s nuptials through the NBA.

Chris Bosh’s wife Adrienne Williams had been in the picture for a relatively short period. The two began dating in the summer of 2009, and Bosh proposed on August 27, 2010 at their new Miami home. After the engagement, the couple partied with friends at Miami nightclub Liv, where they were joined by celebrity well-wishers including Black Eyed Peas member will.i.am. Wonder if Lil Wayne made an appearance? 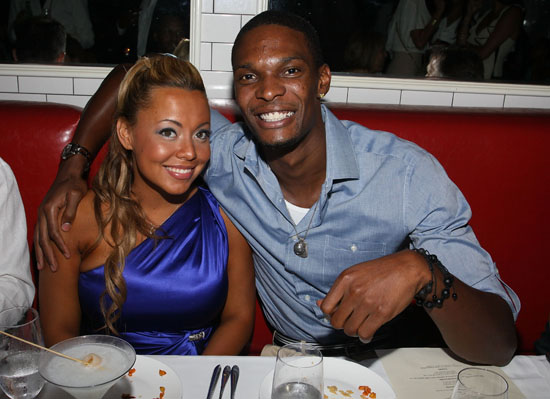