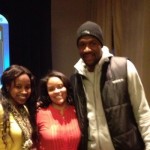 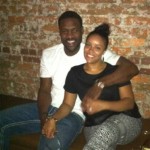 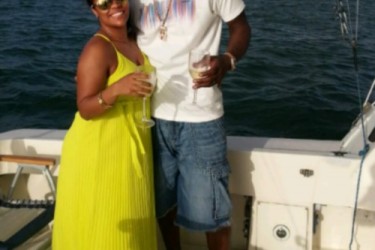 Tony Allen’s wife Desiree Allen had to be happy after his $20 million contract got inked back in 2013. Having been ranked one of the best perimeter defenders for years and being selected to the All-Defensive team (in my mind a serious achievement) made him worthy of the deal. So now Miss Desiree is living it up in Memphis after tying the knot with Tony in June of 2013.

I’ve seen a video of Tony Allen’s wife Desiree Allen dancing with him at their wedding, and she was doing the Spanish-style shoulder shake move. Well, that’s not the technical dancing term for it, but it reminded me of the tango. In short, the couple was having a good old time and enjoying their wedding. His little boy recently appeared on some Twitter videos, and Desiree always looks very happy with him. She appears to have a cool braided hairstyle in one photo where she’s playing with their son. So starting a family with Desiree and settling down in Memphis with a big contract appears to really be working out.

Tony Allen’s wife Desiree Allen must get a kick out of all the videos Tony’s been posting of him and his son. I’m not sure exactly when Desiree had the baby, but you can tell Tony is enjoying being a Dad now. The couple have also taken part in the FIT Valentine’s Mother’s Day Out last February. FIT is Families In Transition and is a program designed to combat domestic violence. The NFL might want to start a program like that. Anyway, they had the program at the Westin Hotel in downtown Memphis, and everybody that took part were greeted by Tony and Desiree. Desiree even said a few words about being indirectly affected by domestic violence, and Tony hung out with the kids there. Always nice to see couples helping the community. 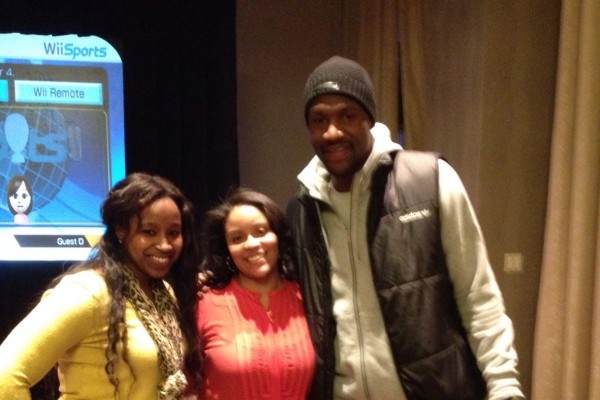