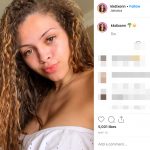 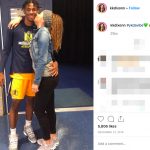 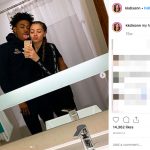 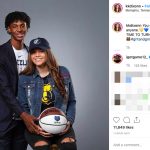 Ja Morant’s girlfriend is about to break some hearts in Memphis.  And, in an incredible feat of human accomplishments, she’s going to crush some spirits just by being alive.

Yup.  Sure is.  And if there’s one thing we do here, it’s provide deep esoteric philosophies about the human existence.  And if there are two things we do well, it’s checking out Instagram.  And when it comes to Ja Morant’s girlfriend, it’s a little of both.  The newfound savior of the Memphis Grizzlies, and the man some consider to wind up the best pro in this draft, is now taking on Memphis.  And when he starts to ball like he did at Murray State, the fanbase in Memphis is gonna fall in love.  And, fall in love even more than they already have.

Yes folks, Ja Morant’s girlfriend is fully on board, and he’s reciprocating on social media.  Which, in 2019, professing love on social media is as serious as it gets.  KK attended the draft with the Morant’s family and was high on the priority list to celebrate with Ja when his name was called.

Ja Morant’s girlfriend is gaining some notoriety in her own right.  Her public Instagram is pushing 40,000 followers, including almost 10% bump in the 24 hours since the draft.  She’s also a Murray State product, though it’s a little unclear what her plans are for the fall.  Does she continue through college or join Ja in Memphis?

The first social media picture of these two popped up in 2018, but it’s not exactly clear when they first got together.  She was fully integrated at the draft – waiting in the green room, attending press conferences, and happy to SWAG out in Memphis gear after the pick.  No matter what her living situation in the fall, you can count on her cheering on Ja online.  Not a bad way for Ja to head into his first pro season! 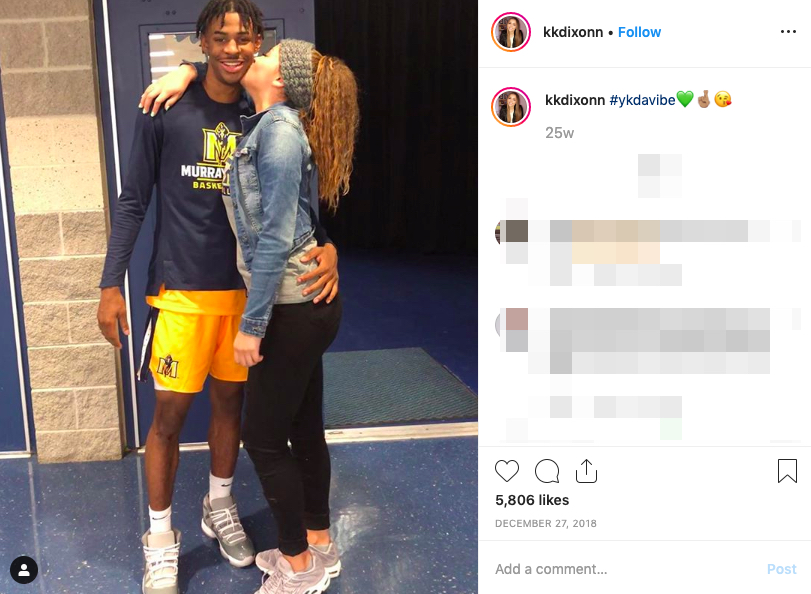