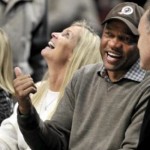 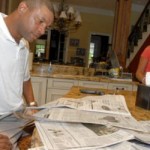 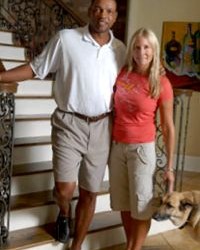 “You know, you’d be kind of pretty if you washed your hair once in a while.”
Probably not what you’d expect as the first words shared between a couple that has been married for more than 25 years. But that’s exactly what Doc Rivers said to his wife Kristen the first day they met.

Doc and Kristen Rivers (nee Campion) met in 1979 while freshmen at Marquette University. Following that winner of a pick up line, Kristen (who goes by Kris) actually dated one of Doc’s teammates for a year before she and Doc got together. Sadly at that time, our country was not as open to mixed race couples, and Kris and her family were the target of harassment.

Doc and Kris married in 1986. They currently reside in Winter Park, Florida. They have 4 children together, some of which you might have heard of before. Their son Jeremiah played basketball at Georgetown and Indiana University, graduating last year. Daughter Callie played volleyball at the University of Florida and now plays professionally overseas (and also has a history dating college athletes). Likely the most famous of their children, Austin played one year at Duke and is expected to be a lottery pick in the upcoming NBA draft this June. Their youngest, Spencer, has a lot to live up to. 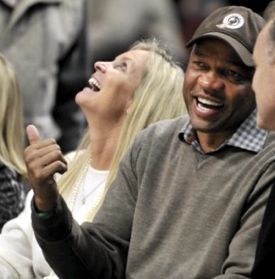