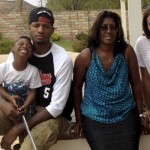 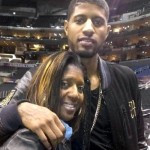 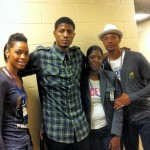 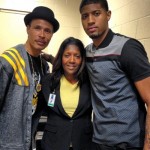 Paul George’s mother Paulette George suffered a stroke, triggered by two blood clots, when he was only 10 years old. At one point she was pronounced dead, but made it through. After being in the hospital for four months and bedridden for nearly two years, the stroke left Paulette George paralyzed on her left side.

I remember every moment of it. I was always there on hospital visits, right by her bed. When she got a hospital bed in our room, I would lay in my bed right next to her. I was there. I saw all of it.

Aside from being Mother’s Day, the feature also coincided with American Stroke Month, who the George’s teamed up with for a series of PSAs to raise Stroke awareness. Paulette George has recovered well enough to attend many of her son’s games lately, which is almost a shame given how the Pacers have been playing. 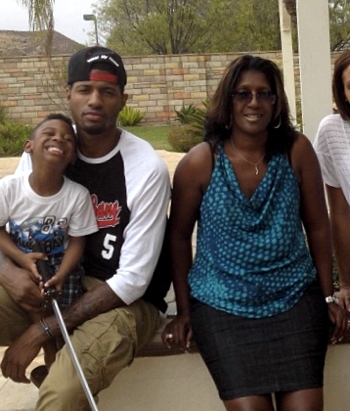