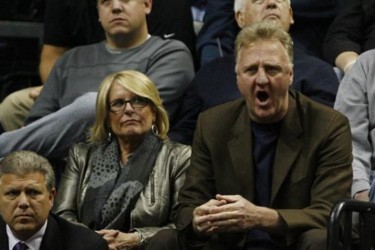 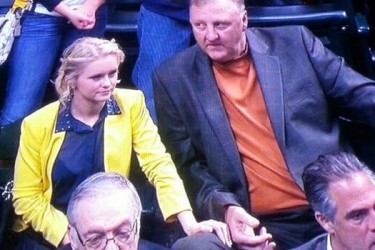 Larry Bird’s wife Dinah Mattingly is his second wife after his first marriage with a woman named Janet Condra. Dinah and Larry were actually both students at Indiana State and were married in 1989. The couple have adopted two children named Conner and Mariah. I’ll get to them in a moment. Before Larry married Dinah, he had a daughter named Corrie with his ex-wife Janet.

There’s a few things to note about Dinah and Larry’s kids. First off, their adopted son Conner got into some trouble for driving his car at his ex-girlfriend on the campus of Indiana University. He pled guilty to a few of the charges and got the sentence deferred (essentially dropped). At the time he was 22 years old. The other adopted kid, Mariah, was mistaken for Bird’s young mistress by bustedcoverage.com back in 2014. You have to imagine Larry Bird’s wife Dinah Mattingly laughed at that one, if she saw it. I thought it was pretty funny myself. The picture in question was Larry Bird and Mariah at a basketball game with Mariah’s hand on his leg. I’ll admit that it’s slightly awkward, but not as much as Busted Coverage makes it out to be. I honestly cannot decide whether the fact that she is adopted makes it more or less awkward.

The internet had other things to allege about Bird’s past. Larry Bird’s wife Dinah Mattingly has been with him ever since 1989, but it’s been alleged by bossip.com that Bird had an illegitimate daughter back in the day. I don’t believe a word of the rumor and that’s why it remains a rumor. The story goes that some schmoe was at a nightclub in Miami and witnessed some random girl chatting with Celtics players and then someone said it was Bird’s illegitimate daughter. If that’s all you’ve got to go off of, you mine as well never bring it up. Dinah Mattingly goes to most of the Indiana Pacers games and has been a mainstay in the box for sometime. 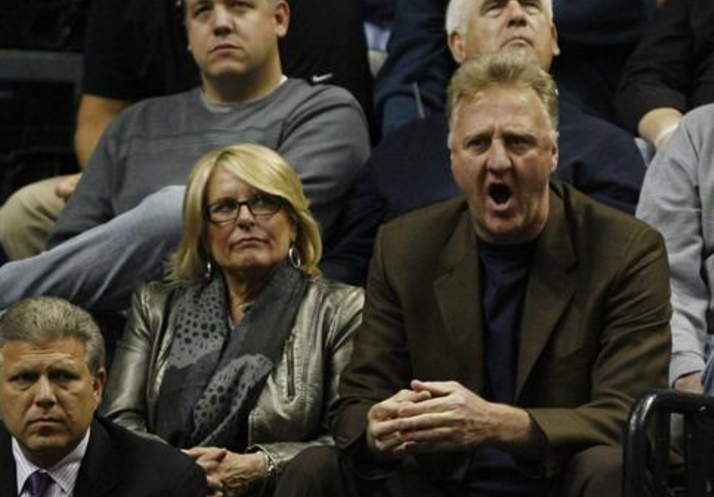