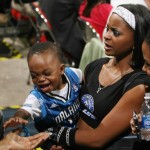 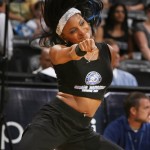 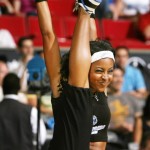 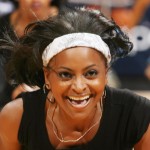 UPDATE: Dwight Howard actually ended up suing Royce Reed for $9.2 million, $500 for every time that remarks that Royce made, termed “Dwight Bashing”, were viewed online. We know she appeared on VH1’s Basketball Wives, but we’re guessing she didn’t make nearly that much money…

Dwight Howard’s ex girlfriend, and mother of his child, Royce Reed was a dancer for the Magic during the 05-06 season when the two met. While it violated the sometimes-written, sometimes-unwritten code of player/cheerleader relationships, it clearly advanced beyond casual dating.

Howard is highly religious as evidenced by many interviews and quotes. He once said he wanted to put a cross into the NBA logo. Another time, he acknowledged writing the following phrase on the wall over his bed while in high school:

“It shall and will come to pass that the NBA will be runned by the standards of God.”
And no, the word ‘runned’ is not a typo by Playerwives.

Now despite Dwight’s religious fanaticism, he and Reed had a child, Braylon Joshua Robert Howard, out of wedlock in November, 2007.

No word on how Dwight justifies that from the biblical perspective.

Royce Reed’s mother issued the following statement after the birth of their child:

“Royce and Dwight are very happy. They are very good friends. How close they are, well, you’d have to talk to them. I’m just the grandma. It was not something that was planned. It was a beautiful surprise, though.”

This happiness didn’t last long as Reed ended up taking Howard to court in April, 2008 for child support. No word on how Dwight justifies failing to pay child support from the biblical perspective either. 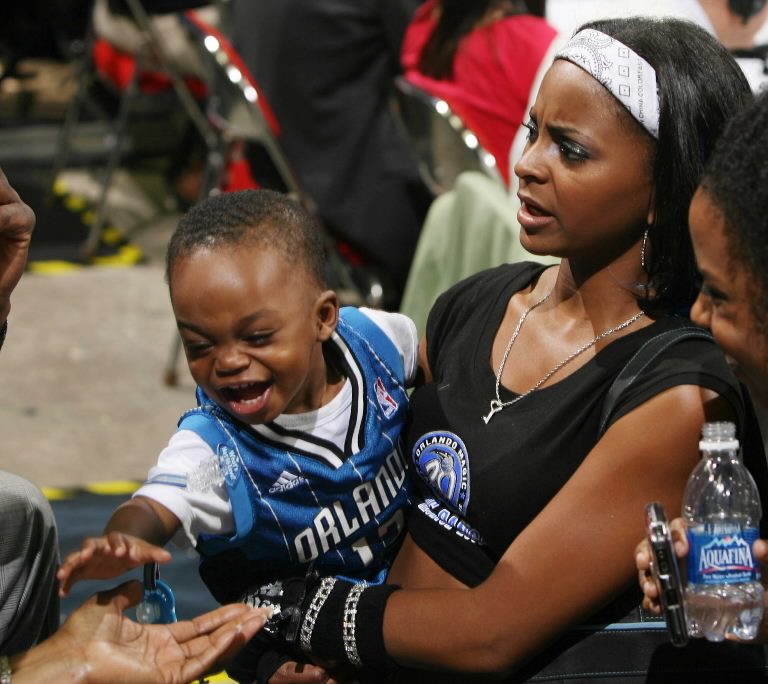