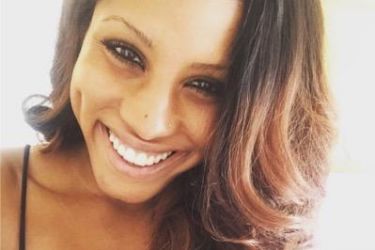 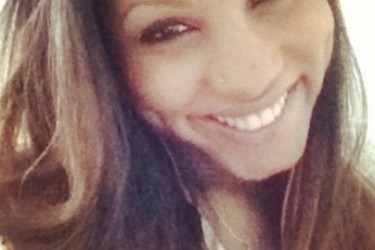 Montrezl Harrell’s girlfriend Randi Ewing is indeed the daughter of Patrick Ewing, and she completed her masters in communications from Louisville after graduating from Fordham here in New York City. I’ve been reading her blog, and it’s mostly about her studies from college in communications and how to reach people via social media in business.

Apparently back when the 2012 Olympics were happening Montrezel Harrell’s girlfriend Randi Ewing got to travel to London and work as a production assistant for NBC. That’s certainly a nice start to a broadcast journalism career. I know a few player wives and girlfriends in the past have gotten their degree in broadcast journalism and then seemed to have trouble knowing what to do next. Becoming a production assistant is what I would call a the perfect move in that field. Before Randi started doing stuff in the real world, though, she was a killer volleyball player. Apparently at both Fordham and Louisville she was known for blocks. Blocks in volleyball is just when you stuff the ball back in the other team’s zone after they try to hit it into yours. She was only the fourth player in Fordham history to record 300 blocks, and she didn’t even play her freshman year because of a shin injury.

I also read Randi’s post about her trip to Nevada. She comes off kind of whiny in the first part because she’s complaining about air travel and how her flight (presumably with Montrezl) was cancelled. Sorry, Randi, but airlines suck. You should know that by now. After they managed to jump on another flight and get to Nevada, they went to Las Vegas and then the Grand Canyon. Apparently Randi really dug the canyon. She said, “Seeing the Grand Canyon was literally the most humbling and amazing experiences I have had in my lifetime. Seeing something that large and naturally made really makes you feel small in the scheme of things and very appreciative.” 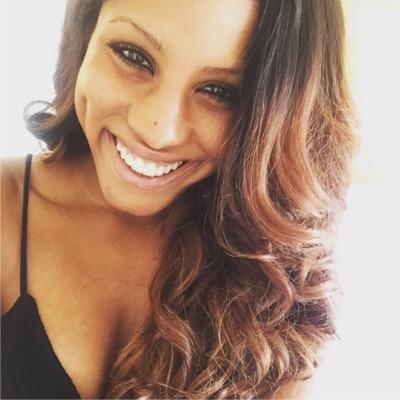