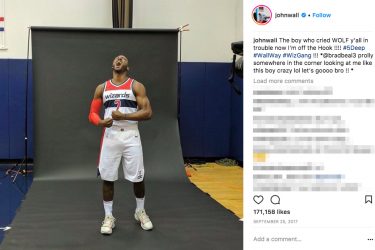 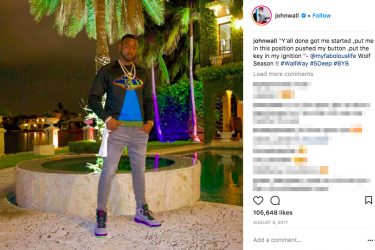 Folks, I think we kid ourselves if we say John Wall’s girlfriend is someone specific. He is fairly open about his dating patterns at the moment. He committed to no one at the moment. Since he gives all kinds of clues about this, it’s not a mystery. For example, last year on Valentine’s Day he posted a “Happy Singles Awareness Day” on social media. He told everyone he’s “single like a dollar bill”. So let’s take a look back at everything we learned or talked about as it relates to his love life…

Girlfriend is a bit liberal in it’s use there, as we don’t know if these two were ever an item.  But, what we do know is that these two have one child together, Ace Wall.  Ace was born in late 2018 and these two connected to celebrate his first birthday.

IN April, 2020, John Wall revealed he was expecting his second son.  And that would be it stating he “ain’t trying to have no Brady Bunch.”  The baby arrived in late 2020, though no name is currently known.  And honestly, the mom isn’t known either.  Is it Shante?  We’ll keep you posted when we find out.

Let’s start with one of the unsolved mysteries of John Wall’s girlfriend history. This lady Karrueche Tran described herself once as “where Vietnam and the hood meet”. She first jumped on the radar when people linked her to Chris Brown. Then, she started flirting on social media with John Wall in 2013. Gossip sites like Terez Owens first reported they were seeing each other. Of course, this never became anything serious. People probably wanted it to be though. Karrueche bills herself strictly as a model. She also boasts almost 7,000,000 followers on social media.

John Wall’s girlfriend Hazel Renee dated him sometime around 2014 and 2015. I don’t know the details of the relationship, but I do remember writing about it originally and noticing a blog post she wrote about cheating. She said it was an exciting thing and that it could feel harmless, but ultimately it’s harmful, etc. So I wouldn’t exactly say Hazel unearthed anything new in that forum. She showed up on a variety of reality television platforms that I’d care not to talk about because they’re not my favorite, but hey- girlfriend gets paid. She sings and has a website about herself. She’s a big deal.

There is also another girl that dates back all the way to 2010 for us. We wrote about her in the archaic age of player wives and girlfriends. Apparently John dated this lady named Da’Livia back in these times. I wouldn’t pay it much mind since the relationship obviously is ancient history. Da’Livia showed up in a Flo-Rida video once and modeled a little. 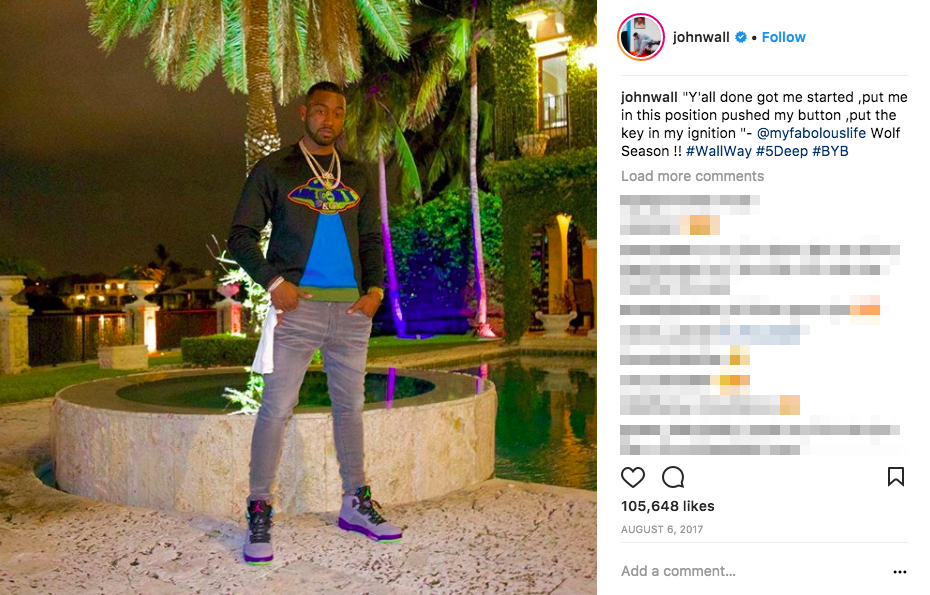