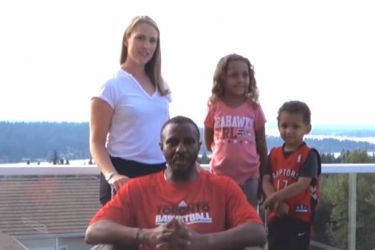 Dwane Casey’s wife Brenda Casey is the mom to the Raptors’ coach two kids.  Justine and Zachary were born in 2008 and 2011 respectively.  Dwane was already deep into his coaching career, serving as an assistant coach in Dallas when both kids were born.

Heading North of the Border

Since his time in Dallas, Dwane has moved to Toronto as the head coach.  Dwane has become the king of the North, unfortunately, until the year before they won the title.  During that time, it pretty much makes the Casey’s the first family.  And, the family really seemed to love living in the city of Toronto, it seems. Dwane has said Toronto is the best NBA city ahead of other cities like New York (which he ranked second), Dallas, and Los Angeles. I’m not sure how I feel about that, but I do know Brenda is enjoying her life as a mom and NBA wife.  I wonder where Detroit ranks now?

In an interview with the Toronto Star, Dwane said that his wife Brenda would say he cries any time he goes to the movies. I think that’s a pretty powerful statement, especially for an NBA coach. You cry every time you go to the movies, ey? Brenda married an emotional guy, I guess. It was actually a fairly revealing interview: Dwane said his biggest regret was not being able to save Eddie Griffin from dying (he died in a car crash and led a hectic life). That’s pretty intense, and a tip of the iceburg in a fascinating read.

Anyway, what can we say about Brenda– she’s a very nice lady who was one of the three ice bucket-dumpers in Dwane’s ice bucket challenge. She made him come back so Zach could dump his little bucket of ice on him after the main ice dump. Brenda is also a sports marketing executive (or she used to be) and one of her clients was Ben Wallace. Basketball runs deep in the family.  Dwane Casey’s wife played for much of her life, so she understands it as well as any coach’s wife. Brenda certainly seems like the ideal coach wife and mom with that kind of background. 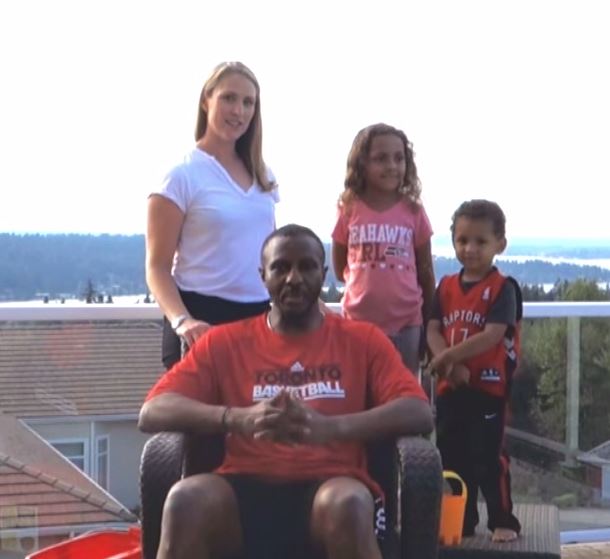