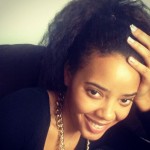 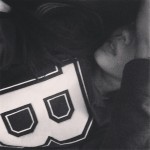 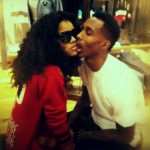 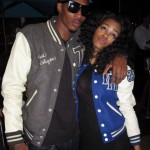 UPDATE 05/07/2014: When you date famous people, you usually have the mutually beneficial cloak of secrecey worth protecting. However, when Brandon Jennings’ girlfriend Teyana Taylor (okay, his ex-girlfriend), goes on the radio, you never quite know what’s coming out.

Taylor went on Power 105.1 on May 7th, and the subject of her relationship came up. Taylor did admit that Jennings was the one to take her virginity. In the fast paced music and sports world, that often happens the night two people meet. For Taylor, it was a drawn out process, explaining that she made the Pistons point guard wait more than two years before having sex.

Taylor still hasn’t had a second partner, but plenty of rumors are floating about Jennings doing just fine since their split dating one of Taylor’s close friends. I doubt he had to wait another two years….

While Brandon Jennings is still considered a young player in the NBA, it was startling to find out that he’s 24 years old. Between the controversey over his college decisions, and then the year spent overseas playing in Italy to show a semi-protest to the NBA’s age restriction, it just seems like he’s been around a lot longer than a rookie from the 2010 NBA Draft. Regardless of his age, or current team, it’s pretty clear Brandon Jennings is loving being one of the young stars in the NBA, especially when you consider Brandon Jennings girlfriend Teyana Taylor.

In all fairness, Taylor and Jennings have been on again/off again since they began dating in 2011. Taylor is a rising star in her own right, as a recording artist on Kanye West’s music label, G.O.O.D. & The Island Def Jam Music Group. Before signing with Kanye and Def Jam, Taylor was on different deals with Interscope and Pharrell Williams Star Trak Entertainment. Taylor has also had a few acting appearances in movies such as Stomp The Yard 1 & 2, and Tyler Perry’s Madea’s Big Happy Family.

Here’s where things get interesting. For the last couple weeks, there have been rumors that Brandon Jennings’ girlfriend is now Angela Simmons. Simmons is the daughter of Rev Run, and first made a splash on the MTV reality show, “Run’s House.” Angela was shot in Los Angeles, and was known as the designer and creator of Pastry shoe line. Simmons and Taylor are former friends, and after 2 pictures surfaced on the same day showing Jennings and Simmons wearing the same shirt, the tension escalated with Taylor lobbing bombs over Twitter:

Last Night Before Bed I Had An Awesome Meal I Didnt Finish Wonder If She Wants That Too.

For her part, Simmons has not responded and there’s been no confirmation of her relationship with Jennings. From the sideline view, this one’s far from over, and we’ll keep an eye on it. 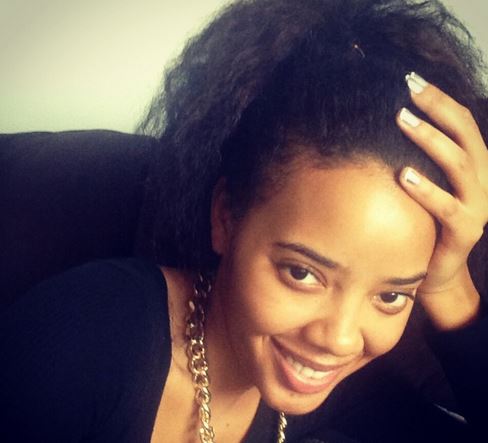