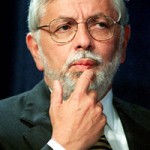 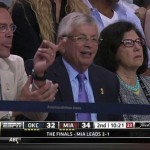 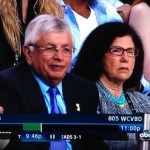 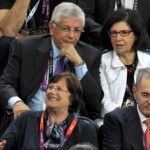 So thanks to Game 5 of the NBA Finals, we now know that David Stern’s wife Dianne Bock Stern actually does exist. After essentially being absent from the Internet for 29 years of David Stern’s career, he finally brought her to a game in what is his last finals as a commissioner. I wonder if Diane Stern just doesn’t care about basketball or if the commish was trying to keep her in hiding.

Anyway, The Stern family has two adult sons – Eric, who works at CNN, and Andrew, who recently graduated from NYU Law School. David Stern admits as much on his NBA.com profile page. That however, appears to be all that he wants you to know.

I’m guessing Stern, at least prior to taking his wife out into public, blanketed the media for coverage, and made sure that everything on the subject of Diane Stern was removed immediately. If the 85 draft lottery proves anything, it’s that David Stern gets what David Stern wants. You know what? I’m going to end this now before Mr. Stern sends goons knocking on my door to take this post down. I’m sorry Mr. Stern. We love the NBA, and we love you. 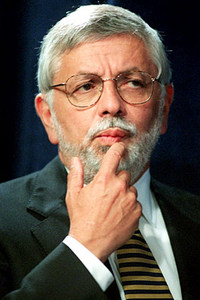