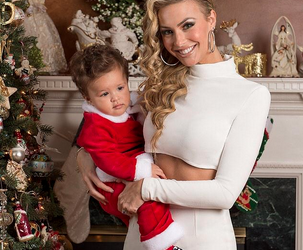 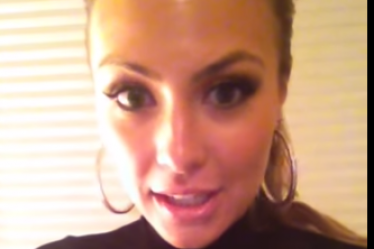 UPDATE 06/24/2015 In an ever changing world, where relying on not always changing sources, it can be a challenge to get things right. In our effort to cover NBA Finalist Shawn Marion’s girlfriend Jennifer Christensen, we missed out on the most important detail of all:

Shawn Marion and Jennifer Christensen have broken up.

According to The Matrix’s representation, the couple split roughly 6 weeks ago, though no further details were readily available. Best wishes to Shawn and Jennifer going forward.

Shawn Marion’s girlfriend Jennifer Christensen is the mother of their son Shawn Jr., and she apparently is the author of an ebook as well. Its called “Real,” and its about her facebook posts. I watched her on a news channel promoting the thing. You can’t really make much of an impression with people who read books if your shucking an ebook about your experiences staring at a screen. She says that much of the book is her rehashing other people’s stories that they shared with her online (with their permission). Essentially what this amounts to is aggregating messages from her followers on facebook into a patchwork of and then reselling it back to her followers on facebook. I wonder if the people following her on facebook were really following her for her literary prowess?

I have to applaud Jennifer for using words rather than simply Instagram photos to build up a following. Granted, her goal is still to monetize her following, but at least she tries to have something to say to them. Shawn Marion’s girlfriend Jennifer Christensen specializes in retweeting catchy sayings, but some of her own tweets consist of things like: “Dear God, Easter is fattening. In honor of Jesus, please take away my sins and calories!” I wonder what Jennifer would write about if she decided to write a novel? I’ll leave that one to you guys to figure out. Jennifer does seem pretty committed to the bible. Most of her tweets are quotations and sayings revolving around it.

Jennifer used to have her own website, but she’s since not renewed it, and it serves no purpose now. I should also mention that she’s a former beauty pageant contestant and apparently was the runner-up for the Miss Illinois USA 2012 crown. I’m not entirely sure, but the transition from beauty pageant contestant to “author” may include more than browsing your facebook page. 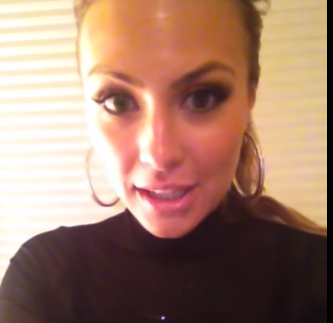