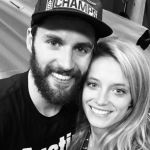 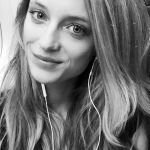 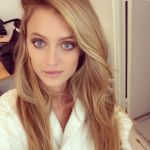 This is the classic tale of successful, rebounding sports guy meets skinny, bright eyed modeling gal. Kevin Love’s girlfriend Kate Bock has graced the covers of more than a few fashionable magazines. She was also featured in Sports Illustrated Swimsuit Edition. That’s huge for any model. Kate’s got that kind of starvation chic going for her. That’s sort of the best way to describe it unless you start using words like anemic. That’s modeling, folks. Champagne and cigarettes is your diet if you want to make the cover of the magazines that Kate made. Also smoothies! Just recently she shared her cover of Telva, which I’ve not heard of but is probably a big magazine in Madrid. Apparently it has a circulation of over 160,000 and is one of the most well respected magazines in Spain.

Kate was on the cover of Elle, so she’s doing something right. Being a cover model means you’re making good bank. Kevin Love’s girlfriend probably travels as much as he does in the regular season and way more in the offseason. It appears these two have met only recently. She was the one to strike social media first. Kevin brought her to the Cavaliers celebration of their championship, and she took a selfie and posted it to Instagram that very night. This would imply they’ve known each other for, what, maybe a few months? It’s pure speculation and in the world of super models and super athletes these things can move quicker than that. Let it be noted this photo is the only one I know of the two of them together.

From what I can tell, Kate’s main love in life is coffee. I respect that. It’s hard to find a great cup; it’s hard to find a solid brew. Time and time again, Kevin Love’s girlfriend Kate Bock has expressed great appreciation for those that bring her coffee (especially without asking). She’s said “if you bring me coffee without asking, I love you.” She’s right: it’s a thoughtful thing. If you’re wondering what kind of locations she does her shoots at, think Malta, Dominican Republic, Easter Island (!). That’s a big one for me. If you’re so hot that people are going to fly you out to one of the most remote islands in the world, you got something happening. She’s also in and out of New York City, but that has more to do with actual agency and lifestyle stuff and less to do with shoots.

While we’re here, let’s take a look at some of the loves of Kevin Love’s past.

Kevin Love knew the LA scene, so it should shock no one that he dipped his toe into the actress pool. Cody Horn is an actress, who has appeared on The Office. Kevin Love and Cody Horn dated for a couple years after his split from our hero below. Cody Horn was in the picture when Laker fans assumed he was headed back to the West Coast. And after Love ultimately set up shop in Cleveland, who can blame anyone for heading for the hills. I mean, Cleveland. Woof. 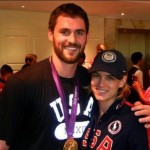 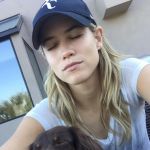 Every college star has an on-campus girlfriend, and Kevin Love was no different. Kevin Love’s girlfriend Elise was a UCLA cheerleader, and every bit as photogenic as you’d expect a cheerleader in Los Angeles to be. The couple dated for almost six years, covering a goof portion of his college career, and most of his time in Minnesota. 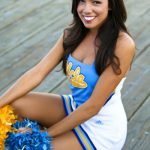 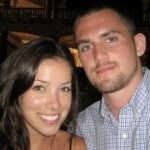 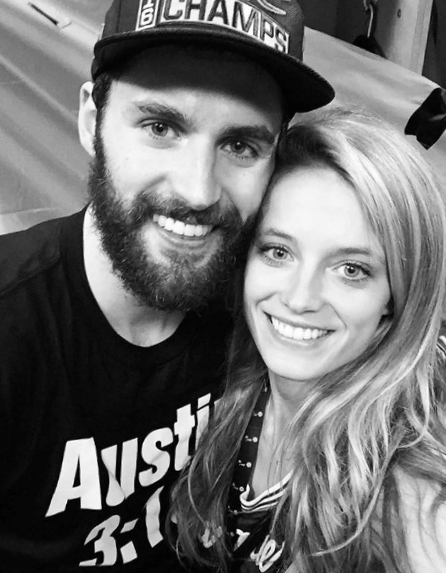