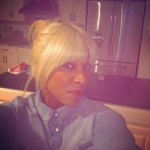 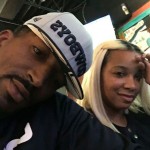 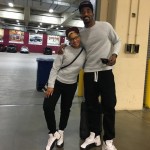 JR Smith’s wife Jewel Harris eloped with him sometime in mid August of 2015.  The wedding took place after JR had their daughter, Demi, present her with a ring in a small red box. He had the event recorded and posted to his Instagram. She cracked up hysterically as Demi was insistent on a response: either yes or no! As she continued laughing, she exclaimed “Yes! Yes!” and the mission was accomplished.

… and all four are daughters.  The fourth, is due later this year.  The couple posted a gender reveal to Instagram, where JR learned he was yet again fathering a daughter.

JR Smith’s wife may finally calm the man down

The marriage came after a rather abrupt decision by JR to dump his previous love interest.  JR Smith’s wife Jewel Harris gave birth to their first daughter a few years back, and it appears he finally decided to try and settle down. It’s tough when you’re an NBA star, and I really like JR. He’s got a cool personality, and he’s a fun guy. There was a heap of drama surrounding him a few years back when K Michelle and JR’s ex got into a online shouting match. His ex, Ashley Weatherspoon gave out K Michelle’s number and called her a hoe while K responded by saying she didn’t have a job and was a “fire crotch.” All of that is ancient history. The only woman that matters in JR’s life, according to his social media, is the lovely Jewel Harris.

The couple have a grand total of four dogs of varying ages and sizes. Their names are Castro, Bear, Dallas, and Bane. Two are English Bulldogs, one appears to be a German Shepherd pup, and the other appears to be some kind of small terrier. Jewel has chosen to bleach her hair, and I love her style. She comes across as a down-to-earth woman with a good sense of humor. JR Smith’s wife Jewel brings their daughter Demi to a ton of Cavs home games, and they mug for the camera and joke around a lot for social media. They love to dress up and pose and just generally have a fun time together while their dad dishes out alley-oops. 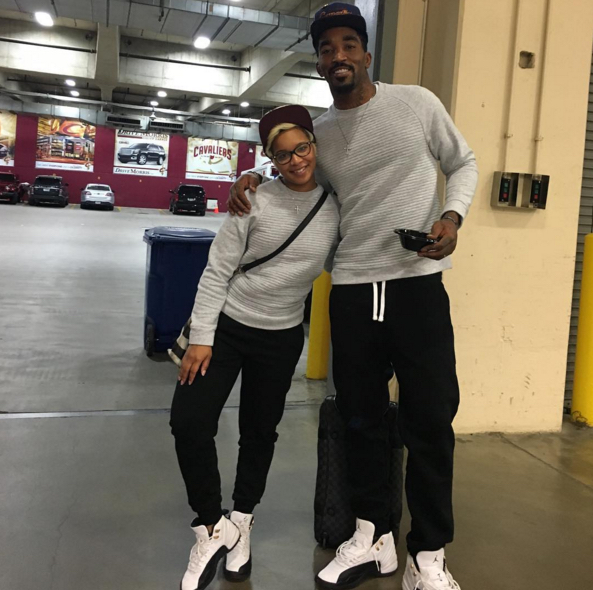