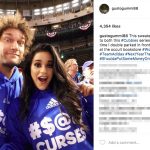 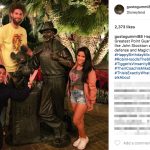 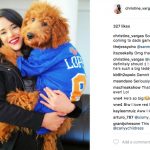 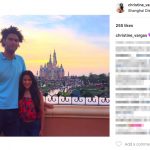 Robin Lopez’ girlfriend Christine Vargas comes from Ecuador originally. She lives in Chicago with him since he landed there for the 2016 season. Since Chicago is cold in January, Christine traveled to Florida to ride on some Disney rides. She posed in front of the Twilight Zone Tower of Terror. I remember that ride myself, and it’s great. I also think Robin and Christine might still own a house in Portland since she still spends a lot of time there. Christine lives in Chicago in either an apartment or hotel room a lot of the time, but she also posts pictures from Portland too.

Robin Lopez’ girlfriend Christine has a best friend, and his name is Muppet. Muppet is a Labradoodle, from what I can tell. He actually shows up in a huge number of her social media pictures and is always the comic element. They’re a great duo because Christine is the beautiful one and Muppet is the funny one. In June of 2016, Christine found herself without Muppet in Tokyo, Japan. A week before that, Christine went to Hawaii. She explored a few of the islands that make up Hawaii and enjoyed herself a lot! A few weeks before that, she found herself in none other than Hong Kong! Yes, Christine travels to the coolest places and yes I am jealous.

In June, Christine went to Shanghai and posed in front of the DisneyLand castle there. I believe this is sort of a hobby for her. She poses in front of lots of different Disney castles. About a month before her trip to Shanhai, she went to Mumbai and stayed in one of the nicest hotels I’ve ever seen! It’s been a long time since I’ve seen an athlete girlfriend or wife who travels as much as Christine. Robin Lopez’ girlfriend is a traveling fanatic! Let’s not forget her trip to Dubai and the United Arab Emirates in the same time frame. 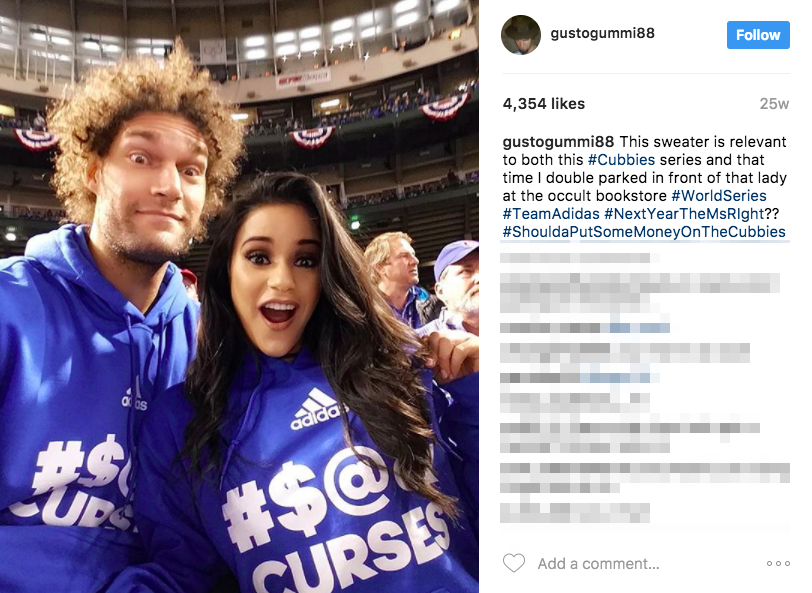