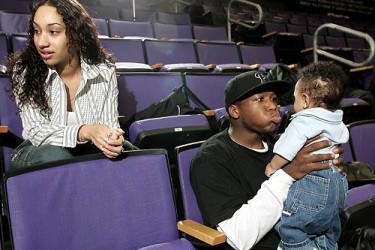 Though now broken up, Nate Robinson and his girlfriend Sheena Felitz had been together since high school The pair has three kids; two older sons and their younger daughter born in the fall of 2009. Nate and Sheena named their first child Nahmier Calliou,… and yes they gave him the middle name Calliou after the title character in one of Nate’s favorite cartoons.

Sheena, at one point at least, lived in Washington with the kids. Now that the two have split, Washington is also where Nate hoped to have their custody court case heard – while Felitz pushed to have it in NYC. No word on what the outcome of the court case was but we’re guessing that Nate isn’t taking home all of the money that he earns. 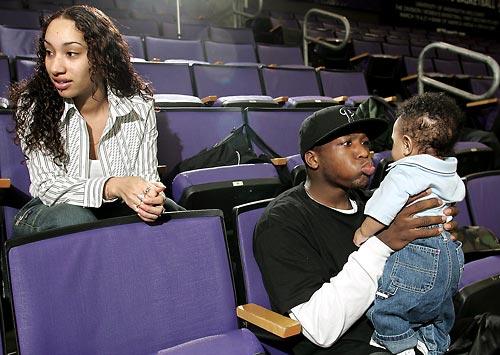