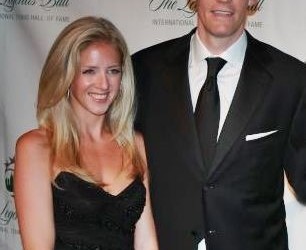 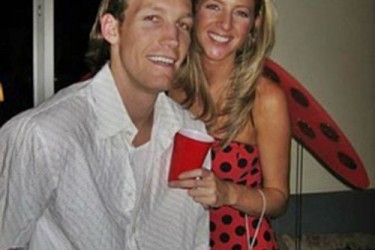 I’m hoping Mike Dunleavy’s wife Sarah Dunleavy is as close to his best friend’s wife as Dunleavy is to his best friend. Let me explain that somewhat confusing sentence: Mike Dunleavy is best friends with Shane Battier, as they were college teammates at Duke. They also play practical jokes on each other, and one such prank had Dunleavy leaving messages on Battier’s phone pretending to be their old coach and telling him to drop his Chinese shoe company and take less three pointers. It’s up for debate whether Shane actually believed it was Mike Krzyzewski.

Sarah herself treks with Mike to visit Shane and his wife every summer, and she was also a Duke student back in the early 2000’s. There’s an account online at Duke’s website of how she was crying hysterically when she was first driven to Duke. It’s told by her younger sister, and her brother chimes in and says, “When Sarah first came here, it was raining, cold, and she hated it. My dad had to force her to come back.” Weirdly, after she got over whatever was bothering her about Duke, pretty much all of Sarah’s sisters and brothers attended Duke after her. There’s apparently a bunch of them, and the only one that didn’t go was her oldest sister Alexandra. Mike Dunleavy’s wife Sarah Dunleavy sets the Duke attendance trends. Good thing she decided she’d actually go to the school after her dad made her.

Sarah’s oldest sister isn’t totally out of the picture, though. She really shines in her participation with various foundations. She was photographed by the New York Social Diary back in 2009 at a Breast Cancer Research Event in New York, attending with her older sister Alexandra. Sarah also attends charity and foundation events with Mike pretty regularly. Ever since their marriage in 2008, Mike Dunleavy’s wife Sarah Dunleavy has become a staple at such events. 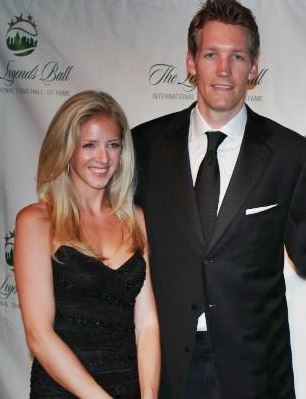