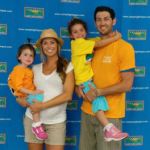 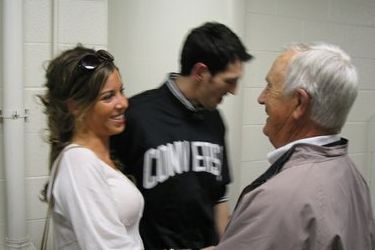 Kirk Hinrich’s wife Jill Hinrich just gave birth to twins in September of 2014, so she’s very busy taking care of their stable of four children. Their kids are named Kolton, Kinley, Kenzie, and Kyla. I’m seeing a pattern here, Kirk. Maybe Jill will think about changing her name to Kelly.

Jill had a very athletic history before she became a professional mom. Kirk Hinrich’s wife Jill Hinrich was once simply Jill Fisher, and she was known as a state champion long jumper for Bishop Heelan high school in Sioux City, Iowa. The couple has been dating since 1997, according to the Sioux City Journal, and they’ve known each other since high school. So chalk another professional athlete’s relationship under the old high school sweethearts column. Being an NBA wife is tough, and that means Jill had to say goodbye to what was called her “dream house” when Kirk was traded from Chicago to Washington. The house was 9270 square feet and cost $4.4 million. Then the guy gets traded back a few years later, and they’re right back where they wanted to be.

Kirk and Jill also do a lot of nice charity work. Kirk’s got a charity golf tournament called Camp High Hopes, and the aim there is to help special needs kids. I think he should start a charity for his wife, who’s now got to take care of 4 little kids while he’s away shooting jump shots. I don’t imagine Jill longs to be back in Sioux City, but they do visit there often enough to see family and old friends. There’s speculation around the internet that Kirk will seek employment working for the Bulls organization when he retires, and that would suit Jill and the family nicely, as they’ve mostly put down roots in Chicago. I wonder if they reacquired their dream house. My guess is it was sold within the three years time that they were away. 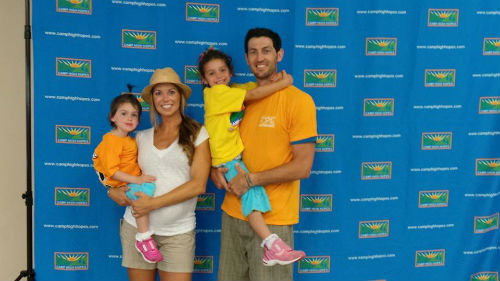