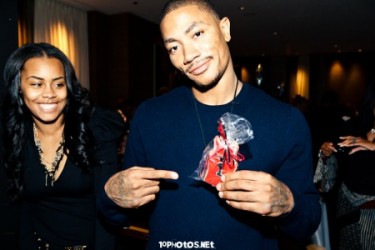 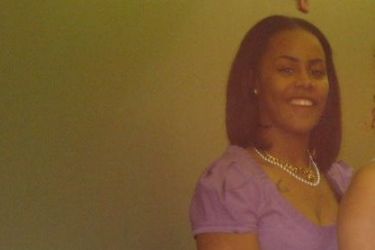 UPDATE: 03/24/2014 Derrick Rose is both blessed and cursed that he can’t get things good on and off the court at the same time. Before the season, things were looking up, and he had a bright season ahead of him. Unfortunately, Derrick Rose’s girlfriend Mieka Reese let the world know they were no longer together.

A month later, DRose suffered another season ending injury, and things were down again. Fortunately, rumors are circulating that Rose and Reese weren’t entirely ready to call off a decade long romance and have rekindled their relationship. In fact, TerezOwens.com is reporting that Reese is pregnant with the couple’s second child after giving birth to their first child, PJ Rose in October 2012.

We’ll be in the camp of hoping these crazy kids can get it together and make it work this time.

After years of dating, Derrick Rose and girlfriend Mieka Reese are no longer together. After the couple had their first child, son PJ, in October, 2012, things dissolved. Resse took to Instagram to let the world know that they have officially split up:

PJ is the center of my life now and Derrick and I work together to co-parent for him. No Derrick and I are not in a relationship anymore but our friendship has always been there and will continue to grow. Even if our only purpose in life was to create our son, I’m fine with that.. My son is the greatest gift I could’ve asked for… Happy Sunday.

Best of luck to Rose and Reese as they go their separate ways.

UPDATE: 04/10/2012: At least Derrick has had plenty of work to do off the court this season, since he’s barely been on it for the Bulls. It appears that the previously untrue rumors from last year have now come true.
Various internet reports indicate that Mieka is almost 8 months pregnant with the couple’s first child. These reports were backed up once Mieka’s sister took to Twitter to report that she liked rubbing her sister’s pregnant belly. Nothing like family to out what’s been a remarkably quiet pregnancy.

Derrick Rose has been dating a woman named Mieka Reese since the spring of 2010. The two are rumored to have been together for almost a year. Rumors that Mieka was pregnant began swirling in the fall of 2010, but no confirmation, or updated pictures for that matter, have been made available.

To celebrate Derrick’s 22nd birthday, Mieka spared no expense. She surprised him with a party with over $5,000 worth of customized baked goods. Her cake was designed to look like a Louis Vuitton suitcase filled with money emblazoned with a Bulls logo.